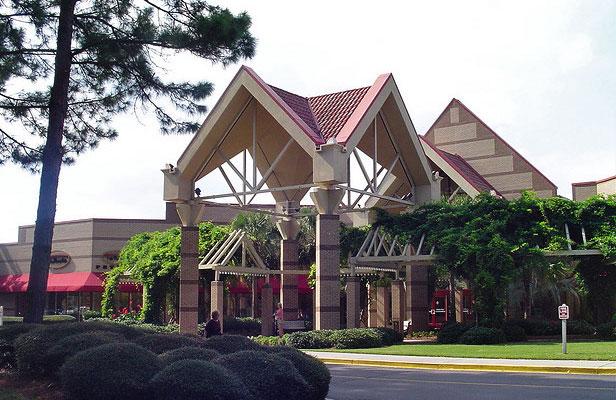 Flickr user joits
The current look of the mall would be obliterated and the area turned into a complex of individual stores.

There could, at long last, be a new future for the much beleaguered Mall at Shelter Cover on Hilton Head, however much of the current building would be destroyed in a proposed $46 million remake.

The Island Packet has the details you want; read them here.

The mall was sold at a low price back in September to a Kroger subsidiary.

Update June 1: Plans are still on for an 18-month remake of the 30,000-square-foot mall, much of which is expected to be demolished.

Expected to come is a much-remade site with a grocery store, more park access, more river access, and even living spaces — and, yes, so far the reaction is still quite positive.

I'll point you to The Island Packet's report; read it here.

Update June 9: The Island Packet writes that the plan has passed Planning Commission and now heads to full town council for approval or denial, a date for which has yet to be determined.

Update July 27: Some details have emerged on the waterfront park plans.

Update Januar 11: Demolition of the mall is under way.