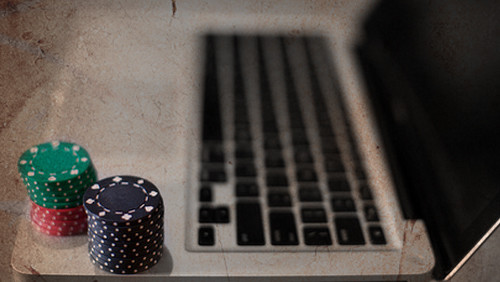 According to TheVerge, Congress is considering banning online gambling across the board and leading the charge is South Carolina's Sen. Lindsey Graham. Along with Graham, Rep. Jason Chaffetz (R-UT) introduced the legislation today.

"Online gambling was considered illegal under the US Wire Act until a Justice Department decision in late 2011. Since then, Nevada, Delaware, and New Jersey have legalized forms of online gambling, and other states including California are considering doing the same.

The new bill would restore the old interpretation of the Wire Act, says Sen. Graham, who objected to the way online gambling was legalized through a judge's decision and not through the legislative branch. "If you want to have online gambling, then come to the Congress," he says. "Let’s have a debate.""

The reason? The children, of course...and terrorism.

Some top name Democrats are on board with Grahm as well. Further, according to the source, "Some have speculated that casino magnate Sheldon Adelson is the main force driving the new bill rather than legitimate concerns or moral outrage." Adelson, of course, if this is accurate, is protecting his established casino empire; as opposed to expanding into the new millennium (like so many established businesses)

Hop on over to TheVerge for their full write-up, complete with a fear mongering anti-online gambling PSA.

This is a perfect way of reducing corruption and other fake ways of earning in the shape of online games, gambling etc. Our math homework help website can provide you some rare information which can help you during your whole educational process.