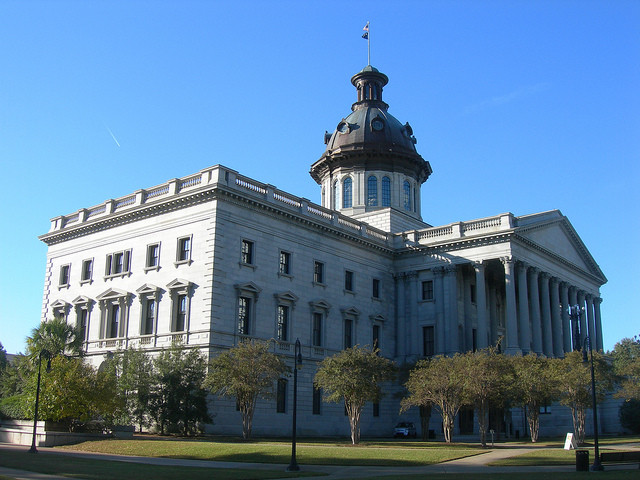 Flickr user: jimmywayne
10:40 am on Wednesday March 5, 2014 | Posted by Rocky
SC Hospital Association against bill for nullification of 'Obamacare'

In a blog post yesterday, Wednesday, March 4th, the South Carolina Hospital Association opposed the bill that will soon be up for debate in the SC house that would nullify the Affordable Care Act in South Carolina. The bill which will, "prohibit state agencies and local governments from helping people buy health coverage on the Federal Marketplace".

The bill has been amended multiple times as opponents of the bill found the original language offensive and archaic. Sen. Tom Davis (R-Beaufort) is expected to amend the legislation this week to make it more onerous on organizations and public officials that attempt to aid in the implementation of the ACA in South Carolina. Davis’ amendment is expected to prohibit state agencies and local governments from helping people buy health coverage on the Federal Marketplace. This would impact state and public hospitals that try to help people access affordable health insurance. It will also further regulate those acting as navigators, adding various certification and training requirements.

The SCHA opposes nullification as it would further impede the ability of South Carolinians to obtain health coverage, increasing the cost shift to citizens that pay health insurance premiums. With the Governor and GOP continuing to oppose Medicaid expansion, hospitals are more reliant on people accessing coverage through the Federal Marketplace to make up for the billions in federal cuts levied on hospitals by the ACA.

In fact, one of DHHS Director Tony Keck’s chief arguments against Medicaid expansion last year was that hospitals would be able to survive the cuts because more people would be able to access health insurance through the Marketplace.

If passed, the law will more than likely be deemed unconstitutional due to Article Six of the United States Constitution, Clause 2, which, according to Wikipedia basically means:

"federal statutes, and U.S. treaties as "the supreme law of the land." The text provides that these are the highest form of law in the U.S. legal system, and mandates that all state judges must follow federal law when a conflict arises between federal law and either the state constitution or state law of any state."

Wiki goes on to state:

The supremacy of federal law over state law only applies if Congress is acting in pursuance of its constitutionally authorized powers.

The full text of the clause reads as follows:

Very Nice I Like It Whatsapp Status & Lyrics & Bigo Online