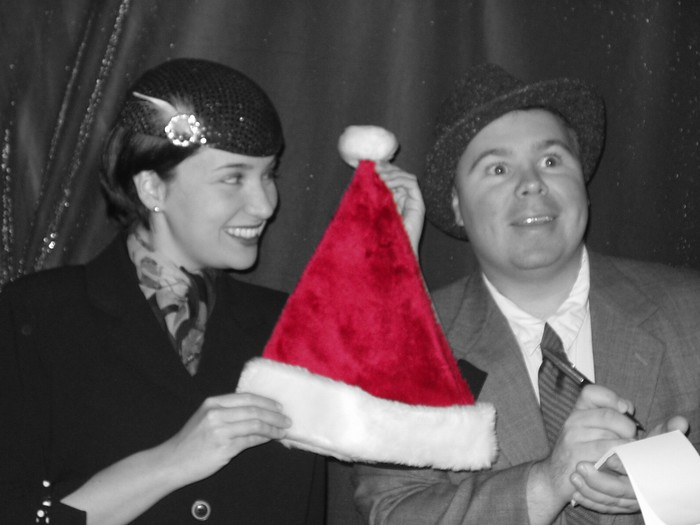 Don Gruel and Noel Holland of Atlantic Coast Theatre for Youth return to North Charleston on Friday, December 6, 2013, to spread Christmas cheer with a performance of Yes, Virginia, There Is A Santa Claus. The production, presented as part of the City of North Charleston’s 2013-14 Children’s Theatre Series, is a fun, fast-paced family drama in the style of the classic holiday films of the 1940's.

Offering an imaginative twist to the story inspired by Francis P. Church's famous 1897 newspaper editorial response to an inquisitive little girl, A.C.T. sets their version in 1947. The production takes on the look and feel of the memorable films of post-World War II Hollywood, such as It’s A Wonderful Life and Miracle on 34th Street.  The audience tags along with a reporter who must follow leads to find proof about the existence of Santa Claus, realizing in the end that believing is proof enough.  The performance is appropriate for grades K-8.

Atlantic Coast Theatre for Youth is an acclaimed professional touring theatre company based in Orlando, FL. Founded in 1995, the company consists of husband and wife team, Don Gruel and Noel Holland. Don and Noel tour throughout the U.S. bringing their creativity and commitment to the art of Theatre for young audiences to performing arts centers, schools, libraries, museums, and festivals. Each season Atlantic Coast Theatre for Youth produces five to seven original shows and gives over 250 performances annually for more than 75,000 audience members.

Yes, Virginia, There Is A Santa Claus will be presented from 10:00am to 11:00am at the Sterett Hall Auditorium on the former Charleston Naval Base, 1530 7th Street, North Charleston, SC, 29405. Tickets are $2 per child; accompanying adults are admitted at no charge. Groups of 10+ are required to reserve space. Seats fill up fast, so reserve early by calling the City of North Charleston Cultural Arts Department office at 843.740.5854. For reservation forms, directions, or information on additional programs and events, visit http://bit.ly/culturalarts.