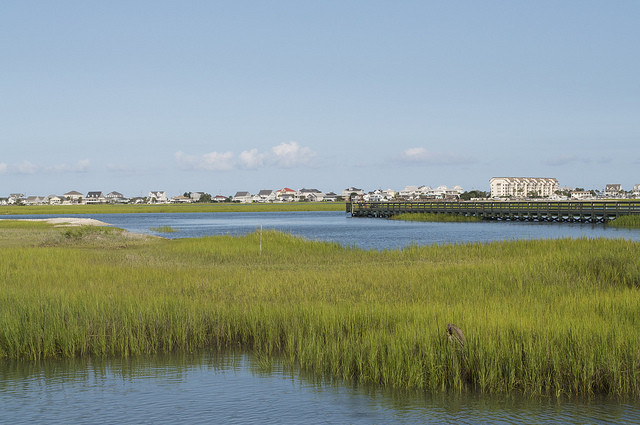 By now the news that a second 'reality' show being filmed in the area might be old to some, but yes, a Myrtle Manor Part Duex is happening.

Not to be confused with the filming of season two of the TLC show, which is now filming and is expected to continue until November. The new, Murrells Inlet filmed show is being produced for CMT and a couple titles have been floating around, one being "The Dirty South" and the other is "Party Down South". Acording to WBTW's source the show will follow "eight-nine, All-American guys and gals for a summer of fun on the coast of South Carolina. In this eight-episode series, cameras will follow as this group of fun-loving, Southern belles and beaus live it up together.  Though they hail from different parts of the South, they all have one thing in common: Southern Pride."

Reaction to the filming has been mixed in the Inlet. Some folks are appalled by the idea and the language they've overheard from the set, while some see it as good for local business and the inevitable argument of "anything to put The Grand Strand on the map and bring in the tourists".

"With two reality shows, I think you're going to get more people coming. I mean I don't know how much this other show is going to film in Murrells Inlet, but if they do a full season, then it's going to be a destination like we are,"

But, Warren Stedman, who spoke with WBTW and is a neighbor to the King’s Krest, a 4 bedroom, 2 bath house near the Marshwalk where filming is taking place for the CMT 'masterpiece' has a different perspective:

"We don't know what to do, we really don't. We're at our wits end [...] It's filthy, dirty, disgusting language they've used [...] It's not the right thing for this to be in this neighborhood. This is a single family neighborhood and they're producing a television series that is a commercial operation"

Reaction to the show via social media has been pretty divided as well, some are calling those locals involved 'sell outs' while others chime in with calm down and wait to see how it turns out before judgment is passed. If "Myrtle Manor" has taught us anything, we pretty much know how it'll turn out.

Hop on over to both WBTW and CarolinaLive to check out their reports and broadcasts.