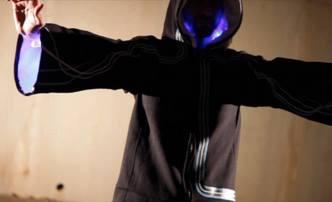 The movement known as "Real Life Super Heroes" or RLSH is a growing one. It's a new breed of activism and altruism, where the idea of the "Guardian Angels" meets with modern day Live action role-playing. These RLSH dress up as either an established super hero, such as the Petaluma Batman, or they create their own super hero identity.

Myrtle Beach's own RLSH has chosen to create his own identity, calling himself Renegade. I became aware of Renegade through his post on CraigsList where he was offering his services to those in need. Those like children dealing with bullies or helping the elderly with whatever they may need. I got a chance to conduct an email interview with Renegade, as a face-to-face would have been too risky for this reporter and I am in no way a Lois Lane type.

To you what is a RLSH? And why did you decide to become one?

Well to me, a RLSH is something a kid with nothing else to believe in can look to and give them hope. I decided to become a super hero because of that very reason, there's too many kids out there who feel alone. Tell me, if you had nothing to believe in wouldn't you want a hero?

Do you go out on patrol or are you just "on call" for those who might need help with a bully?

Well, I do both. I patrol most of the week.

Are you the only RLSH in the area?

That's hard to answer. I'm sure there are incredible people out there, most of them very young. But i'm the only one who carries the title RLSH.

Do you have any training?

Not any formal training. I took karate when i was younger and i've practiced alone for a while now. I'm pretty good.

What's the ultimate goal for your super-heroics?

Change the world. Be the voice, be loud, be strong, and be heard

How long have you been a RLSH?

Two years. Three if you count walking around picking up trash on the highway.

Do you have a message for any evildoers out there?

A message? There's a lot I could say but i'll keep it brief: you don't know what you're up against, I'm the shadow of what little good is left in the world, you'll be darn sure i won't back down. Who am i? I'm darkness. I'm the thing that sends a chill down your spine. I'm the Renegade. And you better be sure i'm not going anywhere.

Check out more about RLSH over at RealLifeSuperHeroes.com