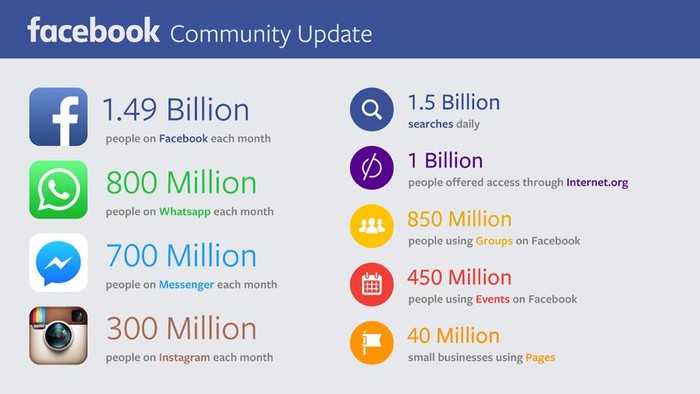 Facebook CEO Mark Zuckernerg has announced the quarterly earnings and progress of Facebook. It is quite amazing that this figure is equal to the population of world in 1876 when first telephone call was made. With the passage of time, the Facebook active users are increasing day by day. The rise in monthly active users helped in raising the second quarter revenue of Facebook by 39% on YoY that is now $4.04 billion.

The share price of Facebook has also increased during the quarter. Commenting on the current revenue and expenditure scenario, Zuckerberg said, “The costs reflected ongoing investment and improvements it had made such as its new data center in Texas which had helped reduced crashes on the network.”

With the raise in active user, the trend of usage of video on Facebook has increased as well during the quarter. Community platform is also planning to start selling of its “Oculus Rift 3D” headset in the first three months of year 2016.

Head to the source at topbestalternatives.com
Advertisement