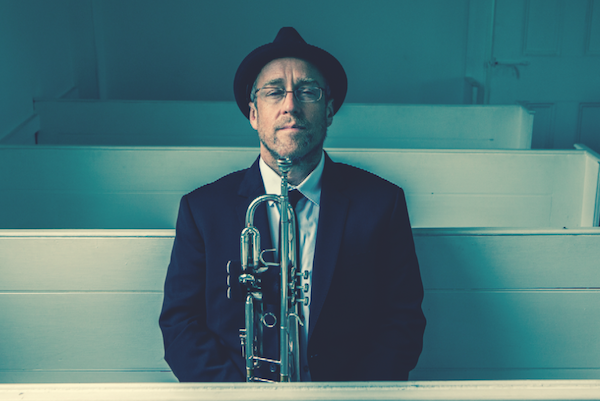 With his newly minted ensemble featuring Jon Irabagon, Matt Mtichell, Linda Oh and Rudy Royston, the band will celebrate its new CD, “Time Travel” (2013). The quintet interweaves sounds borrowed from hymnals to Balkan music into its eclectic and vibrant repertoire.

Allaboutjazz.com says in a review: “Featuring some of today's brightest new stars, the current incarnation of Douglas' Quintet reflects the independent spirit of a pioneering artist whose intrepid enthusiasm manifests itself in his choice of gifted young collaborators. Lending credence to its title, “Time Travel” displays the boundless creativity of a group that derives equal inspiration from both past and future.”

Hailed as the “unassuming king of independent jazz” by Down Beat magazine, Douglas has toured internationally as a solo artist or a member of a group. Recording since 1993, he has released more than 20 albums as a bandleader, one being a three-CD release titled “Spark of Being.” In 2003, Douglas started GreenLeaf Music Label, an independent music company and web store that releases jazz, post-jazz and world music.

Douglas also has appeared as a sideman for other artists, including Sean Lennon, John Zorn and Sheryl Crow. He has accumulated numerous awards, including a Guggenheim Fellowship. Douglas is also the director of the Festival of new Trumpet Music, held annually in New York City.