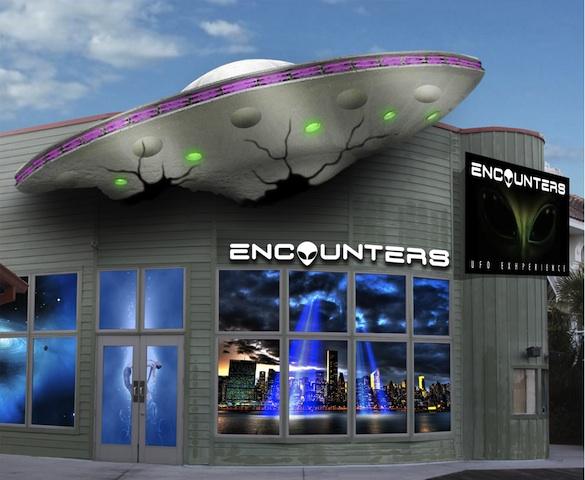 Encounters: U.F.O. Experience, the world's first exhibition exploring historical and present-day reports of U.F.O.s and alien encounters, will host a presentation at Legends In Concert by world-renowned UFOlogist Stanton Friedman. The event will take place on Thursday, April 4, 2013, from 3 to 4 p.m. The event is free and open to the public.

An expert on Area 51, Stanton Friedman is a nuclear physicist and UFOlogist who was the original civilian investigator of the Roswell Incident. Some of his accomplishments include writing a controversial book detailing the Majestic 12 group, which was established to deal with alien technology; and co-authoring a book about the Betty and Barney Hill U.F.O. abduction experience. Betty Hill's niece assisted with this book and provided actual recordings of her aunt and uncle describing their abduction experience while under hypnosis.

Friedman has received numerous honors and lectured all over the world. He has also appeared on hundreds of radio and TV programs, including on Larry King in 2007 and twice in 2008, and has been in many documentaries. He has appeared at the United Nations, and provided written testimony about U.F.O.s at Congressional Hearings.

According to their site, Encounters: U.F.O. Experience is scheduled to open on April 4, 2013 at Broadway at the Beach. You can learn about their dates and hours of operation, as well as ticket information on their site.