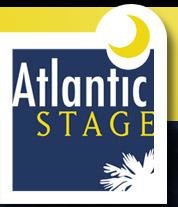 Atlantic Stage announces one full day of auditions for The Nerd, the final production of its 2013-2014 season.

Show and roles being cast are:

Performers may call or email for an appointment.  Appointments will be scheduled in five-minute time slots.  Call (843) 424-0224 Monday-Friday between 12 and 5 p.m. or email thom_penn@atlanticstage.com to make an appointment.

Performers without appointments will be seen throughout the audition day, when slots are available and as time permits.

All performers should prepare one comic monologue totaling no more than 2 minutes in length and be prepared to cold-read selections from the script.

We look forward to seeing you at Atlantic Stage!