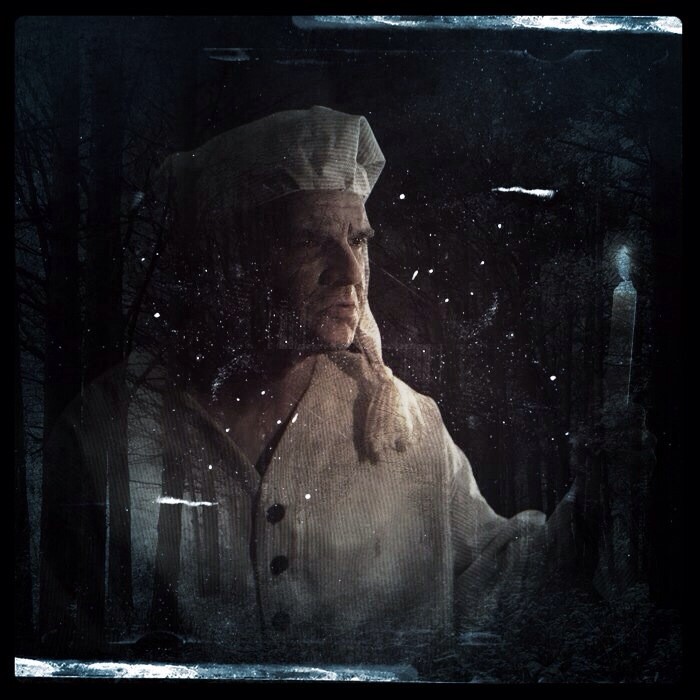 Atlantic Stage is looking to start a new Christmas tradition when they open their holiday show, A Christmas Carol by Charles Dickens and adapted by Kevin D. Ferguson on Friday, November 29.   “It has been our dream for 20 years to bring a production of A Christmas Carol to the Grand Strand,” said director, Mindi Penn, a founding member of Atlantic Stage.  “We hope it will become an annual tradition for Myrtle Beach area residents and visitors.”

With a cast of twenty-eight, the show was a great opportunity to attract new actors to Atlantic Stage as well as bringing back some familiar faces.   No stranger to 79th Avenue Theatre, Thom Penn, Actor’s Equity and a founding member of Atlantic Stage, plays the “bah humbug” himself, Scrooge.    Ged Duvall as Bob Cratchit,  Stavro Najjar as Fred, Buz Martin as Jacob Marley, Heather Gilroy as Mrs. Cratchit, and Madeline Moran as Belle, are a few making their Atlantic Stage debut .  Jason Adams and Erin Dooley, AS veterans, will be returning after appearing in the season opener, All in the Timing

A Christmas Carol has not only brought new acting talent to the stage, but also experienced designers working on their first Atlantic Stage production. “We are excited to debut the work of three local designers who are not new to theatre, but are new to Atlantic Stage,” said Mindi Penn.   These three will create the visual Victorian Christmas feeling through the costumes, lights and setting.   Vincent Masterpaul designed the set.  Dozens of Victorian costumes and make-up will be coordinated by Christy O’Connor and Lance O’Connor’s lighting design provides a dark and brooding atmosphere of Victorian London.

The adaptation, by Kevin D. Ferguson, is classic take on the holiday favorite.   Ferguson is the playwright in residence at Atlantic Stage and is in charge of the annual New Voices Play Fest in the spring.   His play, Child’s Play, had its world premiere last May at Atlantic Stage. Together, the cast, designers and crew will bring Ferguson’s traditional adaptation of this holiday favorite to the Grand Strand in grand holiday style

“(A Christmas Carol) is a message of redemption, is timeless, and universal,” said Mindi Penn about the story and why the company wanted to produce their own version of it. “It is tradition and therefore holds special meaning for many families.”  Atlantic Stage is looking forward to sharing that tradition with families and visitors year after year.

*Please note that because of the Thanksgiving holiday, the preview night will be Wednesday November 27 and there will be no show on Thursday, November 28

Sunday, December 8 @ 3:00 pm (Followed by talk back with cast and director)

Season subscriptions, flex passes, and individual show tickets can be purchased online at www.AtlanticStage.com , by calling the box office at 877-287-8587, or by stopping by the theatre during box office hours.   Atlantic Stage is located in the Coastal Carolina University Myrtle Beach Education Center on the corner of 79th Avenue North and Bypass 17.   Box office is open Tuesday, Wednesday, and Thursday from 12 pm to 4 pm.

Atlantic Stage is a professional, nonprofit theatre whose focus is to enhance the cultural landscape of the Myrtle Beach area by providing quality theatrical productions of classical, contemporary, and new works that are entertaining and enlightening. Atlantic Stage is an ensemble of professional resident artists committed to artistic excellence, community enrichment, and educational outreach.