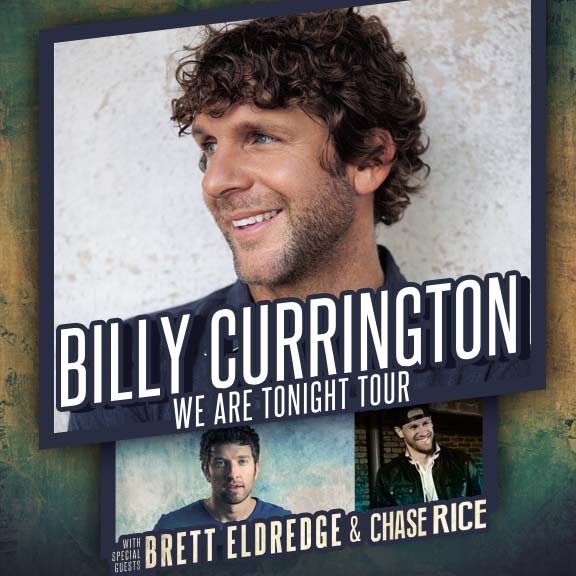 In September, Currington released We Are Tonight his first album in three years. The album features his No. 1 hit single, “Hey Girl,” and current single, “We Are Tonight.” Currington is a Grammy nominated and Platinum-selling artist whose No. 1 singles include “Don’t,” “Good Directions,” “Let Me Down Easy,” “Must Be Doin’ Something Right,” “People Are Crazy,” “Pretty Good At Drinkin’ Beer”, “That’s How Country Boys Roll” and “Hey Girl.”

Brett Eldredge recently released his debut album Bring You Back including No.1 single “Don’t Ya” and current chart climbing single “Beat Of The Music.”  Chase Rise co-wrote the multi-platinum selling Florida Georgia Line No. 1 single “Cruise” and recently finished the Ones To Watch – Ready Set Roll Tour.

Head to the source at billycurrington.com
Advertisement