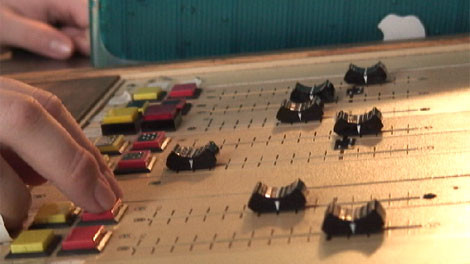 We've mentioned CofC Radio several times in the past few weeks. Why? Because it's not on the FM dial and well worth a listen. So, to that effect, I went to check it out and meet the people behind the scenes.

Caroline Millard is one of four full time staff at the College of Charleston radio station. Long unheard by the general public, the station is slowly growing and looking to expand furthur in the months ahead despite its never ending funding issues.

"Funding is always an issue", says Millard -- a Senior at Communications Media Studies -- "We're volunteer based, and being student radio station means we don't have a big budget. We're always looking for advertisers, sponsors and donations"

A recent article in the City Paper highlighted their issues with their previous FM license, and the fact that they are now just an Internet-only broadcaster.

"We're still working with the government and the FCC on it that -- it's a slow process, which the school is heading up a lot of the work on. On our level we can really only sit and wait for them to tell us we can go back on air that way."

Despite being Internet only and having to compete against many other forms of media, listenership is good.

"We have about 10,000 listeners a week which is nothing to scoff over. The audience is very diverse -- there are students, Charleston community members, even a guy in Nottingham in England who is always is contact with us -- he may be our No.1 fan ... ha! -- I would like more students listening in though."

"It's always a battle ... you have to go the extra mile when you're internet radio, because they just want to listen to their MP3's and iTunes. So our current goal is to expose people to new music ... and to opinions that they're not going to hear elsewhere."

"We have a good mix of music shows and talk shows - we have a guy that comes in here for example on Friday's that's interested in politics AND punk rock -- and it's a split between the two! It makes for a diverse show."

The college station also welcomes community members to get involved, sign up, and become a volunteer presenter.

Hard though it may be, all-in-all Millard says "It's a lot of fun for us!" with her trademark giggle bringing an end to the interview -- more when you play the video.

So, go check out their site, or just click here to start listening.