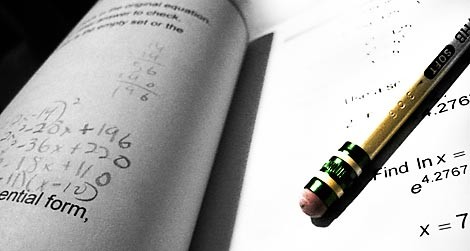 8:41 am on Wednesday September 10, 2008 | Posted by Ken Hawkins
School test results improve, but cast questions on one downtown school

Update September 11: The analysis is in.

The 2008 pact test results were released today, go view them. There's also a mini-guide to help you with the terminology. The State explains the big picture:
More test-takers in third through eighth grades reached the highest levels of scoring and more students met basic standards in a majority of categories than in 2007, according to results released this morning by the state Department of Education. ...

While the results were good news in the final year of the Palmetto Achievement Challenge Test -- which is being replaced by a new test this spring -- they still fell short of the state’s aggressive federal achievement benchmarks for elementary and middle school students.

But, locally, the news wasn't all good news as it has cast sharp doubt on Sanders-Clyde Elementary, a charter school in downtown Charleston. The school has been lauded for its ability to creatively tackle the issues of poverty and poor performance to post big gains on the PACT.

But the school's principal had an abrupt departure this year, and the school's PACt results fell sharply after the school district decided to monitor the test taking.

The Post and Courier reports on what's going on at the school:
Sanders-Clyde's scores this year are far lower than its scores from the past few years. Last year, in most subjects, 80 to 90-plus percent of its students were at least minimally prepared for the next grade, according to PACT results. This year, about half of students were unprepared for the next grade in most subjects.

(Updates: The Charleston City Paper also laments the school's drop in scores, and The Post and Courier has an expanded piece on the community's reaction)

This was the last year pact was to be given, a new test will be used this year. The education department explains:
PACT has been administered statewide since 1999, but will be replaced next year by a new standardized testing system – the Palmetto Assessment of State Standards, or PASS – that will feature more detailed information on individual students and a faster turnaround on score reporting.

Analysis of the PACT results are sure to be forthcoming, we'll make sure you get connected. Until then, it looks like The State's rehashing of the government's press release is your best bet.