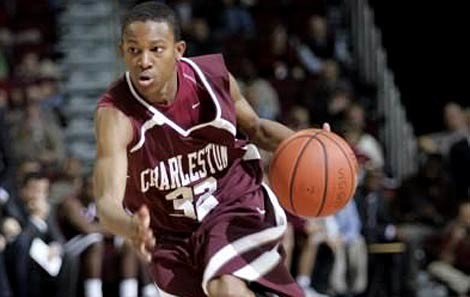 The College of Charleston basketball team snapped the Davidson Wildcats' 43 game-winning streak in the Southern Conference on Saturday night. The Cougars, who are 17-6 and had lost their previous two games, pulled out a 77-75 victory in Davidson, NC.

The Cougars overcame a 14-point deficit in the second half, ending Davidson's attempt to tie the league record of 44 consecutive regular-season wins, which was set by the Jerry West-led West Virginia Mountaineers between the 1956-1960 seasons.

From the Associated Press:

The Wildcats managed to pull to within 76-75 on three Curry free throws with 3.1 seconds left. After White hit a free throw to push College of Charleston's lead back to 77-75, Antwaine Wiggins blocked Curry's 3-point attempt at the buzzer.

The Cougars play host to Western Carolina at 7 p.m. on Wednesday.

Update February 8: The Post and Courier has added a lengthier write-up. Go check it out.