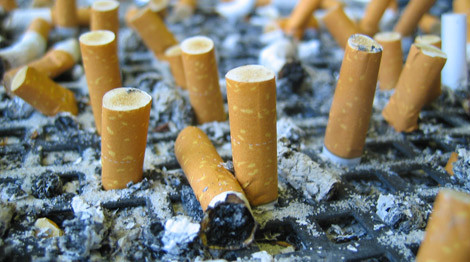 3:32 am on Thursday July 24, 2008 | Posted by
Charleston marks first anniversary of smoking ban

Image by stock.xchang user anYone-Image by 20080724smoking.jpg It's been a year since restaurants and bars in Charleston ended smoking indoors. There were many arguments for and against it, but what has the reality been?

A year ago, Charleston instituted a ban on smoking in restaurants and bars, and basically any public workplaces, across the city. At the time, there were many arguments about how it would affect business. Some said that it would help business and others said it would shut them down. Today, NBC News 2 examines what the reality has been in the past year.

(D.D. Peckers owner Derek) Harris said, "Not smoking really helped. Gets the families in here." Families, like the three generations of Deery's, who wouldn't welcome nicotene and carcinogens into month-old McKenzie's regimen. Peggy Deery said, "I'm really glad because she doesn't have a choice. She's just a baby so I want to see her kept healthy."

Yet, DD Peckers Wing Shack still caters to smokers. Harris said, "People like to light up and drink. It's busy so it's mostly smokers and they sit outside."

Once the ban became official, Harris added another deck outside for those inclined to inhale. News 2's Jenny Fisher asked Harris, "Right now inside it's nice and cool, but I also know from being outside, it's hot out there and if you're going to smoke, you have to go outside." Harris said, "They don't seem to mind. In the winter even, it could be 40-45 degrees and they're still out there."

According to News 2, the city has only ticketed three people for smoking in bars or restaurants during the past year. Check out their video coverage, as well.