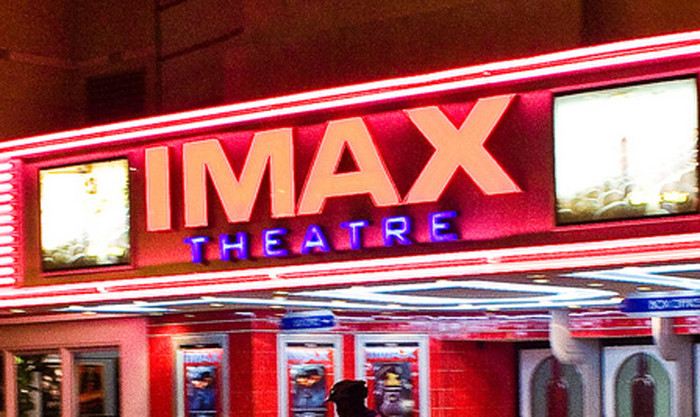 3:18 am on Friday October 2, 2009 | Posted by Ken Hawkins
Citadel Mall IMAX set to open Friday with a steep discount (updated)

Today's the big day when the theater starts their $1 showings for all flicks.

But if a sale isn't good enough for you, The Post and Courier has a nice preview of the $11 million theater, and also has a list of what's showing tonight (it's the usual stuff).

Read it over here.

If you've been missing a theater near the Citadel Mall, miss no more. The Citadel Mall IMAX Stadium 16 is set to open Friday, October 2. -- And all admissions and concessions will be just $1.

It's a deal good enough, I might even fight the crowd for it.

Also, they're holding a job fair on Saturday, September 12, from 9 to noon; get the details.

Here's all the details from the e-mailed release:

Bryan Smith, Regional Vice-President, announced today that the new Citadel Mall IMAX Stadium 16 will open on Friday, October 2, 2009 for a 5 day charity event with profits going to the local Lowcountry March of Dimes. During this event all admissions will be $1 and all items sold at Concessions would be just $1 also. "Where else can you see an IMAX film or a 3-D Digital presentation for just a $1?" Smith said.

Smith further indicated that the new cinema will hold its Grand Opening on Friday, October 9, 2009. He said patrons can sign up for door prizes during the charity event or during the Grand Opening weekend. Prizes range from gift certificates for meals to shopping at many of the local Citadel Mall merchants.

IMAX returns to Charleston! The all new 16 screen facility will have one auditorium featuring the latest in digital IMAX technology. In addition to this, there will be 2 auditoriums dedicated to Digital presentations allowing for the latest in Real D 3-D features to be seen on the silver screen.

Affordable prices and an expanded menu at concessions will help to set us apart Smith said. Were offering a quality presentation in a family friendly atmosphere with upscale amenities according to Smith.

The new multiplex features 16 screens spread over 51,000 sq. ft., in excess of 2600 high back, rocking seats in every auditorium, all of which feature true stadium seating. Along with self-service ticketing kiosks, ample parking with patron drop off in front of box office, there will be a game room and a room available for special parties.

Were excited to be able to bring IMAX back to Charleston, Smith said. The West Ashley location seemed to be the perfect spot and we cannot wait to open and show the community what we have to offer.