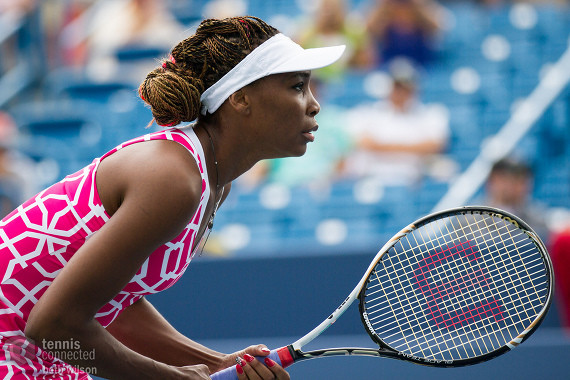 “Venus is a tennis superstar with adoring fans and passion for the game, which makes it so exciting to watch her compete,” said Eleanor Adams, Family Circle Cup Tournament Manager. “I know our fans at the Cup are eager to have her return again in 2013.”

Venus Williams is gaining momentum again after winning her first tournament in nearly two years, this past month, in Copenhagen. Ranked at No. 103 at the end of the 2011 season, Williams currently holds No. 24 for the WTA singles rankings.

In her five previous appearances in Charleston, Williams has accumulated an impressive 14-4 record. In 2012, she made it to the quarter-finals with a win over Anastasia Rodionova, but lost to Samantha Stosur 6,3 in the third set. Williams is one of five women to win the Cup in a debut appearance.