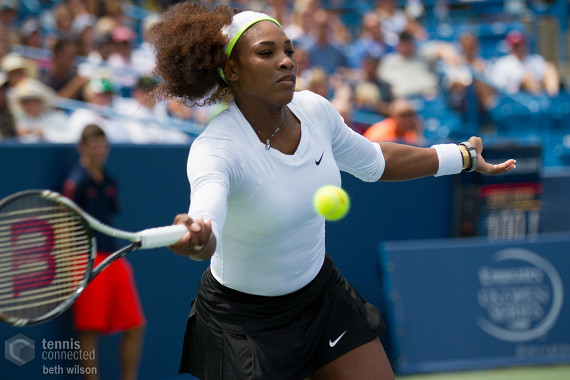 Errani, the number seven women's singles player in the world, and 28th ranked Barthel, join a field already boasting names such as Williams (below) and Samantha Stosur.

Less than a week ago, Errani and Barthel faced off against one another in the final round of the Parisian Open GDF SUEZ. Barthel emerged victorious, upsetting the top-seeded Errani in striaght sets.

Check back here for more updates on additions to the FCC player field and other information or click over to the FCC website here.

Williams has made six previous appearances in Charleston where she boasts a 17-4 record, and returns to this event with an active ten-match win streak in progress, stemming from her 2008 and 2012 Cup wins.