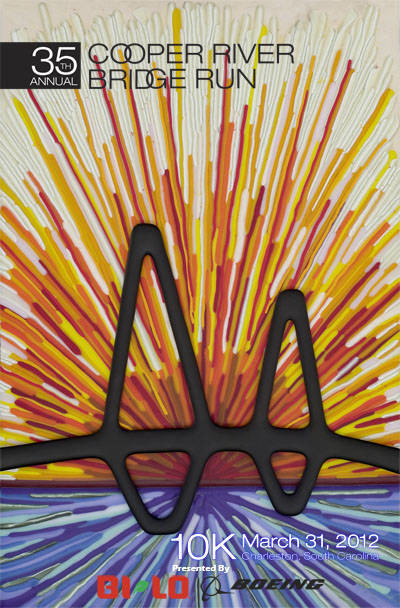 Update March 26th, 2012: The 2012 Cooper River Bridge run is less than a week away and regular registration has officially sold out.

If you're getting ready to run, you should take a peek at the Bridge Run site's handy "Things You Should Know" section. On it you'll find shuttle info, a map of the race route, details on the finish festival, parking suggestion and much, much more.

The cap for registrations is 43,000 and race official predict that number will be reached by the first week of March. The Post and Courier's got the details.﻿

First Report, February 16th: There's so much marathon, fun run, 5-K, 10-K  talk around Myrtle Beach, we almost forgot to give a shout-out to probably the biggest running event in the Carolina's - The Cooper River Bridge Run﻿.

Luckily our sister site down in Charleston has been updating would-be participants in the 10-K foot race that has been happening since 1978.

The Cooper River Bridge Run is the best organized and the best conducted 10-K race in the world. It includes world-class competition in a unique setting with unparalleled participant satisfaction. It broadens community cooperation and participation in healthy events throughout the year. The Cooper River Bridge Run serves as a model of health motivation for other communities throughout the world.﻿

The 2012 run is Saturday, March 31﻿﻿. Registration for the Cooper River Bridge Run started at the end of January, and as of February 8 at 10 a.m. 31,000 people had registered to participate in the 2012 run. According to their website, registration is still open but the deadline for mail-in registration is February 23, 2012.

Hop on over to BridgeRun.com for details and to sign up, and head on to TheDigitel Charleston to checkout their coverage.

Want the lowdown on some Myrtle Beach races?