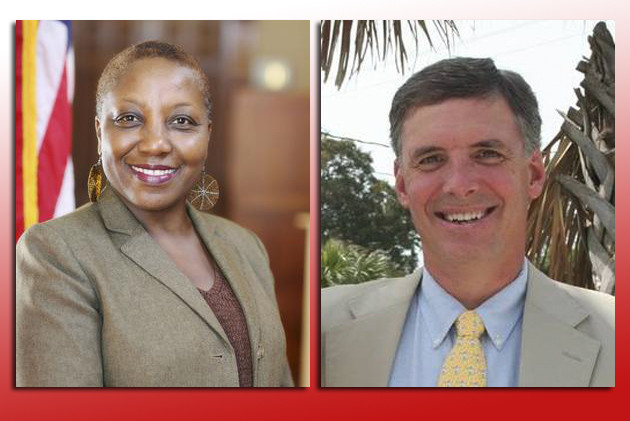 Update June 27th: After yesterday's runoff the Race for the 7th has narrowed down the candidates for this November.

Preston Brittain called Gloria Tinubu only an hour and a half after polls closed on Tuesday, June 26th to concede the Democratic runoff for the 7th. The early returns and the final count show s the runoff wasn't even close, Brittian walked away with only 27% of the vote.

While the Democratic vote for the runoff went to the winner of the primary vote, the ﻿Republican side of the coin the outcome was a bit different. Tom Rice beat former Lt. Gov. Andre Bauer by over 3,000 votes, giving the Republican nomination to the former Chairman of the Horry County Council. ﻿

And now its off to November's general election. Politicos in Horry County now think the person sitting in the 7th seat will be Rice, but least not forget the other counties that make up the 7th district and how votes swing in those counties. As I wrote in a piece January, the New SC 7th District might not be a lock for the GOP.

﻿First Report June 25th: The run-off election in the hotly contested race for the 7th Congressional seat is slated for tomorrow, June 26, 2012, and even after the votes are counted, we have a feeling this won't be the end of the saga.

If you've missed the news, tomorrow's run-off isn't just for the Republicans anymore. Thanks to a lawsuit filed by Preston Brittain﻿ supporters, Judge Larry Hyman has ordered that the South Carolina Election Commission count all the votes (including those cast for Ted Vick) to be counted thus giving Gloria Bromell Tinubu﻿ less than 51%+1 of the votes and forcing a run-off for the Democrats.

Read all the details of that over at The Sun News.

The Republican run-off is looking ugly as well, and in this the 11th hour SC Governor Nikki Haley will be in town campaigning for former Chairman of the Horry County Council, Tom Rice. Haley has had a bad taste for Bauer since the last gubernatorial﻿ election. ﻿But will Haley's Columbia clout help Rice? Her approval numbers haven't been that great according to polls showing her at 34% from this past December.

Read more about the Republican run-off here and where you might be able to see the Governor here.

You can also answer The Sun News' poll of the day, Will you be voting in Tuesday’s run-offs﻿?

Remember, while the run-off is open to all registered voters, if you voted for a particular party two weeks ago, you're stuck voting for the same tomorrow. Polls open at 7 a.m. and close at 7 p.m.

Read all the past stories concerning this race in our Race for the 7th Topic Page.