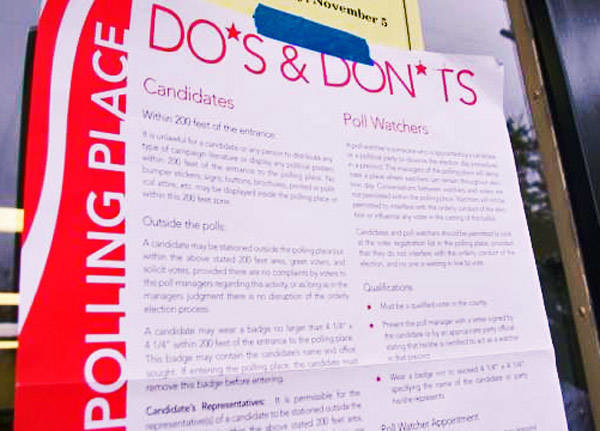 I'll point you over to News 2 Charleston for the update.

Update May 10, 2012: For the 180 bumped candidates and their supporters there was hope of reinstatement by way of a Statehouse bill, but that was killed by Senators on Wednesday.

The last chance of these candidates to get on the ballot will likely occur today as a lawyer brings a challenge in federal court that the June 12 primary should be delayed for federal review after the removal of the candidates.

You can check out the list of affirmed candidates at SCVotes.org: Republican, Democrat.

Update May 4, 2012: The S.C. Elections commission has released their updated list of eligible candidates.

You can see the full listings here. Locally, the Horry County Council race got a lot less interesting as the incumbents were the only ones to make the cut. The Sun News has more details here.

First Report: Primary candidates around the state could be stricken from ballot list after a S.C. Supreme Court ruling that candidates must follow state law and submit "Statements of Economic Interest" during the filing period.

In all, some 100 candidates across the state may get the boot. The final list of candidates who filed properly will be made available by noon of Friday — watch for it at SCVotes.org.

The S.C. primaries are June 12, the runoffs are June 26 and the General Election is November 6.

You can check out the court's ruling over here.