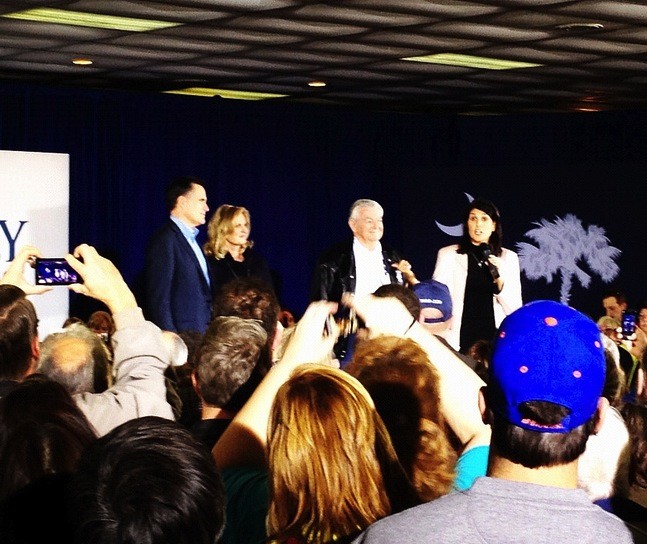 Romney lost to Gingrich by over 10% but picked up steam once he was out of the south and is preparing for the 2012 Republican Convention which will be held in Tampa, Florida. Since Haley's endorsement she has spoken her support for Romney and recently campaigned for for former Massachusetts Governor in the state of Michigan.

Yesterday evening, news came out that Haley, along with other prominent female Republicans will be speaking at the Convention.

South Carolina Gov. Nikki Haley and New Mexico Gov. Susana Martinez, the first female governors of their states, are among party leaders slated to address the gathering that begins Aug. 27.

Martinez is not only the first female governor of New Mexico but also the first female Hispanic governor in the country. Additionally, Former Secretary of State under George W. Bush, Condoleezza Rice will also speak.

The Huffington Post goes on to note that, Haley "is the youngest sitting governor in the country and her husband will deploy to Afghanistan next year." Due to that information, The Huffington Post deduced that, "[Haley] will probably have a strong message for military families, as well as for younger voters."

Head on over to The HuffingtonPost for their full write-up that includes more info on the above mentioned GOP female leaders and who else will be speaking at the convention.