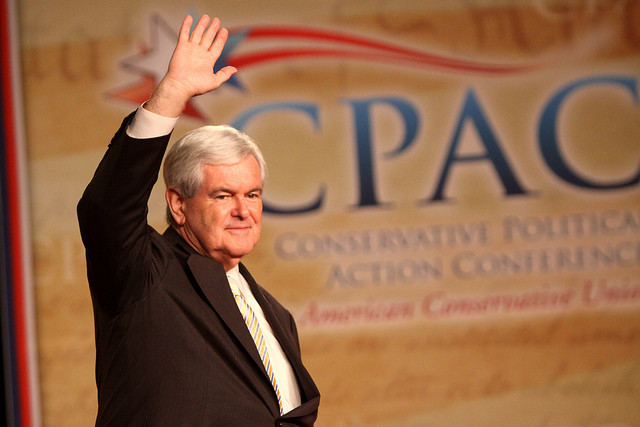 5:47 am on Tuesday December 20, 2011 | Posted by
Gingrich numbers rise in SC according to Clemson poll

Since Cain's campaign suspension the former Speaker of the House seems to have taken most, if not all of Cain's supporters according to the Clemson poll.

“With the demise of Cain’s candidacy, which was high in our November poll, Gingrich has risen in popularity,” said Clemson University political scientist Dave Woodard. “This surge is being reflected nationwide as well.”﻿

That’s the finding of the second Clemson University 2012 Palmetto Poll of a sample of 600 South Carolinian voters. The S.C. presidential primary is expected to draw 600,000 voters early next year. The telephone poll was conducted from Dec. 6 to 19.

In November's Clemson poll Romney was the clear winner with 22% of those polled saying that Mitt was their guy. Gingrich was at only 10% in the last poll. Romney's numbers dropped by only 1% in the most recent poll.

Check out last months poll questions and results right here, and read the December poll here. In both polls there are quite a few interesting numbers regarding the Tea Party and other State representatives.

For more on the 2012 Election check out our topic page. ﻿