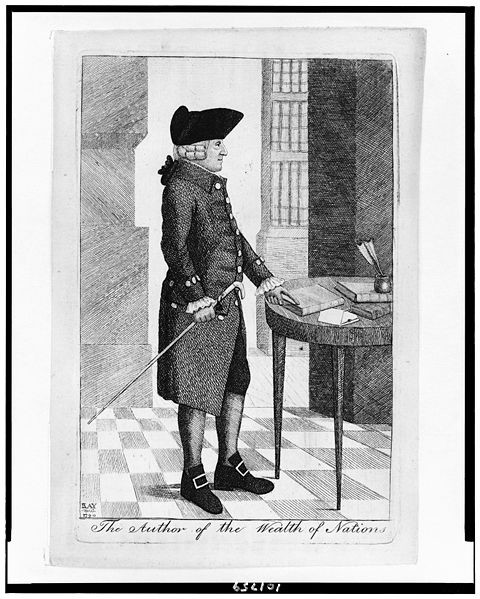 “No society can surely be flourishing and happy of which by far the greater part of the numbers are poor and miserable.” Adam Smith, 1776, author, “The Wealth of Nations”

What would the world’s greatest economist say about our economy today? Adam Smith (1723-1790) provided the foundational underpinnings of modern economics. His work, “The Wealth of Nations,” was, in his own words, “{a} very violent attack ….upon the whole commercial system of Great Britain.” In 1776 as his book was published, Charleston repelled a major attempt by the British to seize Charleston during the American Revolution. There are almost no details about Adam Smith’s early life except an account of his being captured by gypsies at the age of four and rescued by his uncle. Biographer John Rae is frequently quoted as saying the rescue was a good thing because Smith would have made a poor gypsy.

As we have attempted to move out of the recession, our guiding economist has been British economist John Maynard Keynes who wrote, “The General Theory of Employment, Interest and Money,” which calls for deficit spending in periods of recession. We have successfully implemented deficit spending. As we try to reboot our economy and create jobs, we wonder, are we asking the right question?

Adam Smith was a popular professor at Glasgow University in Scotland. He asked the deep questions, such as, what are the factors which produce wealth in a nation? For Smith wealth starts with the talent of labor and the division of labor, which enables people to specialize. Key underpinnings of wealth include technology, manufacturing and agriculture, which enable trade. Surpluses produced in manufacturing beyond immediate needs produce trade and wealth.

These surpluses, when invested back within the country, create greater wealth and jobs. He thought the invisible hand of self interest along with competition guided economic systems to their most productive levels and that even though people would do things for selfish reasons, this would promote the general welfare. He felt that in some cases the state had to regulate, where the general welfare was not being protected.

If Adam Smith asked the right question, how do we stack up as a nation?  Smith would point out we are losing our manufacturing leadership, which is the critical underpinning of national wealth.  We have huge trade deficits in household goods, petroleum and automobiles and a huge national debt. The destroyer of wealth has been our outsourcing of manufacturing and jobs.   Smith was a fervent proponent of free trade but he might point out that somewhere along the way free trade was corrupted and became the exporting of our manufacturing, jobs and wealth.

Our leaders are currently spending their time debating Keynesian economics on taxation levels and spending levels. It isn’t working. Both sides are failing to see the big picture of wealth creation.

Let’s get the debate back to technology, manufacturing, jobs and most importantly building wealth for our nation by becoming once again the manufacturing center of the world.

Gordon Mercer is past president and on the Board of Trustees of Pi Gamma Mu International Honor Society and professor emeritus at Western Carolina University. Marcia Gaines Mercer is a published author and columnist. They love Charleston and have a place in nearby Garden City.