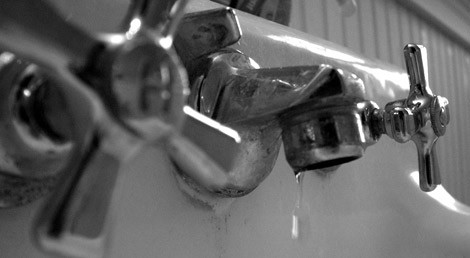 Image by stock.xchng user subtitledImage by 20080621faucet.jpg Something's not working right with the Dorchester County Water & Sewer Department, but it has nothing to do with the faucets.

For years, the Dorchester County Water & Sewer Department has been inadvertently sending phone calls to a Texas ambulance driver, The Post and Courier reports.

But The Post and Courier caught up with Rodney Sharp, who's been taking these calls, and having fun with customers, for the past several years:

Sharp said he's been getting Dorchester water and sewer calls for years. Callers at all hours want new service, want repairs and even want to make payments. "They try to give me their credit card numbers, but I never took them," he insisted.

"A man called me for the third time in the middle of the night, drunk and cursing," Sharp said. "He said, 'You said you'd be here at 2 o'clock to hook up my water.' I'd told him I'd be there in two more hours. Every time he called he was drunker and cursed more."

For Dorchester County's part, they say they'll get the confusion cleared up as soon as possible.