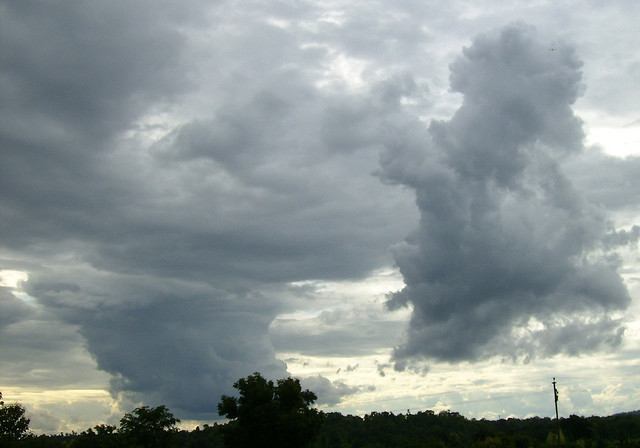 Update April 19: The small, rural community just off the lake is coping following the disaster and vowing to rebuild its destroyed church.

The Post and Courier﻿ headed out and has a story about what the plans are for the area's hit; read their report here.

Update April 18: The tornado touchdown has been confirmed by the National Weather Service﻿ with a class of EF1 and wind speeds closer to the top of that range at 110 MPH.

From the service: "A tornadic waterspout developed over northern Lake Moultrie around 5:03 p.m. and traveled east-northeast about 2 miles beforecoming onshore about 2.5 miles southwest of Russellville.

"The tornado then traveled east-northeast before dissipating about 1 mile southeast of St. Stephen. The tornado lifted a roof off a church, destroyed a mobile home, shifted two other mobile homes off of their foundations, tore half the roof off a house, destroyed a barn, tore shingles and/or siding off of about a dozen homes/mobile homes, uprooted or snapped off many trees, damaged or destroyed sections of several fences, and knocked down several power poles.

"Extreme upper end EF1 damage with estimated winds of 105 to 110 mph was determined at three locations along the path of the tornado.﻿"

NBC News 2 was also on scene with some additional video of the aftermath and details on the storm's path; get that here.

A tornado touched down, injuring six and destroying one mobile home and a church.