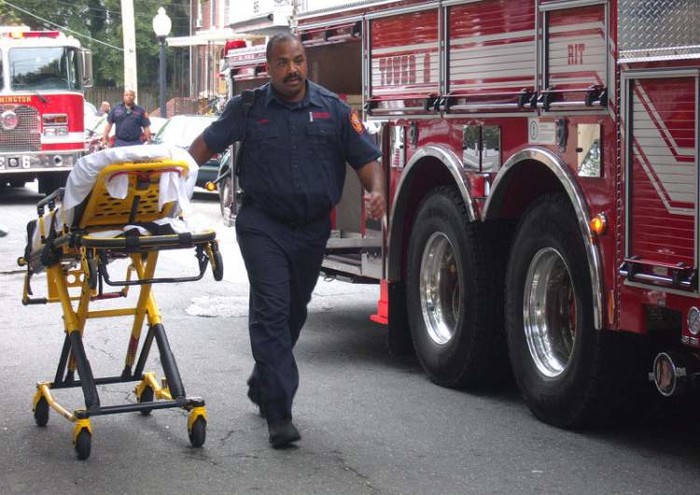 Update July 8: The Post and Courier reports that the final firefighter is at home.

Update July 7: The Post and Courier has followed again and say two of the three have been released; read the update here.

Update July 6: The names and conditions of the three North Charleston firefighters injured during Monday's blaze have been released.

Firefighter John Bolton, who has been with the department since February, was taken from the Medical University Hospital to the Joseph M. Still Burn Center in Augusta, Ga. while Fire Capt. William Odum, a 10-year-veteran with the department, and firefighter Antwon Green, a five-year-veteran, were both released from the Medical University Hospital Monday.

Three North Charleston firefighters were injured while working to put out a house fire in the Baker Plantation neighborhood.

The fire department refuses to release any information, including the identities of the firefighters who were injured, but The Post and Courier reports that the most seriously injured firefighter was taken by ambulance to the Joseph M. Still Burn Center in Augusta, Ga., while the other two were treated and released from MUSC on Monday.

The cause of the blaze is still under investigation. Pop over to The Post and Courier for the details.