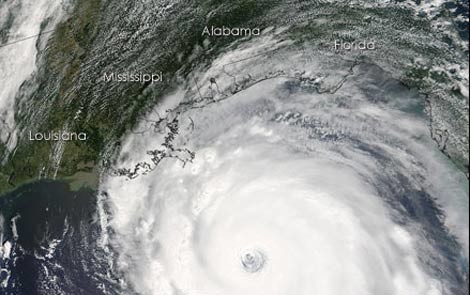 Scientists can't predict a definite amount of doom, but they seem able to predict more or less doom than normal.

The Associated Press is offering an analysis (via The State) that:
After high-profile, back-to-back busts by Gray and others, critics have questioned whether these long-range outlooks do more harm than good. But the very question presupposes that Gray, et al., have been promising more than they can deliver.

They can pretty accurately predict an above- or below-average season, even predict the likelihood a major storm will hit SOMEWHERE along the U.S. coast. Beyond that, they're not promising anything.

The Associated Press then goes on to discus how after Gray's forecasts fell short that N.C. State released theirs, which also ultimatley fell short.

It should be no surprise that forecasting the weather is a very complicated business, so be sure to take the soon-to-be headlines with a grain of salt.

Stay posted to our hurricane thread for future story's on storms and their forecasts.