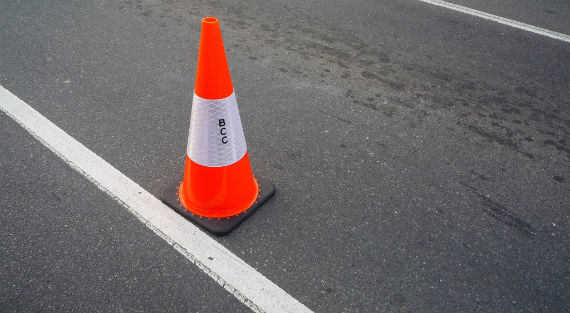 Mayor Riley had this to say about the funding:

I would like to thank the State Infrastructure Bank for this funding which will enable us to complete this most important $154 million project. When completed, local residents and homeowners, churches, our very important hospitals and schools, and motorists who travel the roadway will find safe and dry passage across this part of the peninsula, and our neighborhoods here will no longer flood. The project will produce jobs for our citizens and great benefits for the safety and capacity of the Septima Clark Parkway, which helps every citizen and business that depends on the Crosstown Expressway, including the Port of Charleston.

The initial phase of construction was funded by $10 million from the U.S. Department of Transportation’s TIGER Grant Program, a part of President Obama’s American Recovery and Reinvestment Act of 2009. The SC Department of Transportation has provided an additional $25 million 50/50 grant. The City of Charleston contributed $12.5 Million for this grant. Additionally, the City of Charleston has contributed approximately $10 million which includes funding for the engineering and design work for the project.

Update December 2:Mayor Joseph P. Riley, Jr. announced this morning that$25 million has been made available to the City of Charleston to allow the city to move forward with the second phase of the U.S. 17/Septima Clark Transportation Improvement Project.

The South Carolina Department of Transportation Commission yesterday approved the City’s application in the amount of $12.5 million as part of the federal 50/50 match program. The City will match the federal funds with an additional $12.5 million towards the project, for a total of $25 million.

The new funding will allow for the continuation of the current construction, funded by the U.S. DOT TIGER Program and an additional $2 million that the City of Charleston contributed. The new $25 million funding will allow for improvements along U.S. 17/Septima Clark Parkway and sections of President Street, Fishburne Street, and Ashley Avenue. The second phase of the project, when combined with the U.S. 17/Septima Clark TIGER project, will complete the upgrades to the transportation and surface collection infrastructure from bridge-to-bridge, connecting U.S. 17 traffic between crossings of the Cooper and Ashley Rivers and also providing a connection between Interstate 26 and all other areas west of the Ashley River. Improvements will be concentrated along a route where U.S. 17 travels along Spring Street and Cannon Street as it passes through a heavily commercialized corridor on the western side of the Peninsula.

The second phase of the project will incorporate a new surface storm water collection and conveyance system, reengineering and improvements to the conventional storm water drainage system to more effectively direct flows off the highway, the redesign of the roadway cross-section to increase highway accessibility, traffic efficiency, and safety to vehicular and pedestrian traffic, new ADA compliant sidewalks, access and crosswalks to improve pedestrian movement and access to public transportation, and improve street lighting for improved vehicular and pedestrian safety.

Mayor Joseph P. Riley, Jr. said, “The $25 million funding for the second phase of the U.S. 17/Septima Clark Transportation Improvement Project represents a significant milestone and substantial progress in achieving the ultimate solution to fixing the flooding on the Crosstown.”

With this new $25 million funding package, the City will be able to begin Phase II of the project in 2012, thereby increasing the drainage infrastructure and transportation system in the area. The third and largest phase of the project involves the tunnels and shafts system, along with the pump station and wet-well, outfall, and the pump station mechanical systems. The City has applied to the South Carolina Infrastructure Bank for financial assistance to complete the final phases of the project.

Update December 1: The Crosstown construction moves onto the next phase this morning as workers have gathered to install new safety barriers and drainage lines along the heavily used road.

The morning rush hour brought on traffic that added at least 15 to 20 minutes to people's commutes and will continue so long as the construction lasts. The project has shut down the two inside lanes closest to the median for six months, reducing the Crosstown to four lanes from its normal six.﻿

The Post and Courier has some helpful tips on how to avoid the delays; check 'em out right here.

Charleston Mayor Joe Riley ﻿gave a status update and tour of the work on Friday.

If you're curious just what's up, you can check out The Post and Courier﻿'s report here and ABC News 4's solid video here.

Next up for the project:

Find out more about the project just below or on our flooding topic page.

Update June 11: The work is imminent and road closures are being announced, starting the morning of Monday, June 13.

The type of work will generally require that the road sections be blocked 24 hours a day.

See a map of the re-routing here.

You can keep up with the latest construction delays on the project's webpage here.

First reporting: This week, the multi-million dollar Crosstown project is scheduled to begin.

After spending $8 million on research and development for the project, the City of Charleston has okayed it for launch. The construction will address drainage beneath Septima Clark Parkway in order to address flooding issues that frequently plague the Crosstown.

Want more info? Check out the Septima Clark Project website or the report over at Live5News.com.﻿