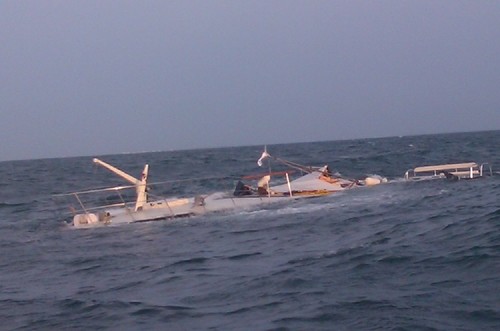 The Coast Guard rescued two boaters who abandoned a sinking motor yacht some 11-miles south of the Charleston Harbor on Monday.

Search and rescue controllers at Coast Guard Sector Charleston received notification at about 11:18 p.m., Sunday, from the operator of the Motor Yacht Magic Castle II, via VHF/FM Channel 16, the international maritime distress signal, that the vessel was taking on water at a high rate of speed.

The yacht sustained significant damage and will be salvaged by a commercial salvage company. There is currently no indication of fuel pollution as a result of the damage. The boat was headed from Charleston to Jacksonville, Florida.