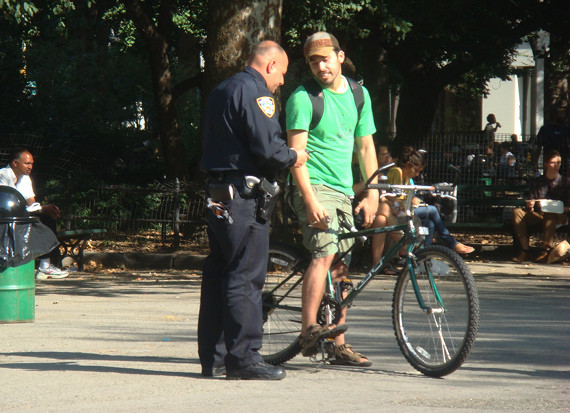 The City of Charleston will step up its enforcement of bicycle rules starting today, October 11, in hopes of improving bicycle safety on the peninsula.

The efforts will focus on previous problem areas such as riding bikes on pedestrian sidewalks where the road speed limit is below 35 mph, going the wrong way on one-way streets, and running red lights and stop signs.

Since July, city officials, staff and members of the biking community have met on several occasions in an effort to produce an educational initiative with the goal of affecting the behavior of motorists and bicyclists; in particular, when interaction between the two occurs.

Several steps for improvement have been taken to date:

Beginning Monday October 11th and continuing through Sunday October 17th, the City of Charleston will begin issuing “warning citations” for violations of the revised bike ordinance as part of the education initiative. Beginning on Monday October 18th, Municipal Court Citations under both statues will be issued where deemed appropriate.

As a heads up, this initiative will focus on the area west of King Street between Spring and Broad Streets.

Update October 11: There's a nice video over at Live 5 News about the campaign that gives you a nice feel for what police are hoping to achieve; see it here.

Update October 12: The Post and Courier has chimed in with a traditional write-up; read it here.