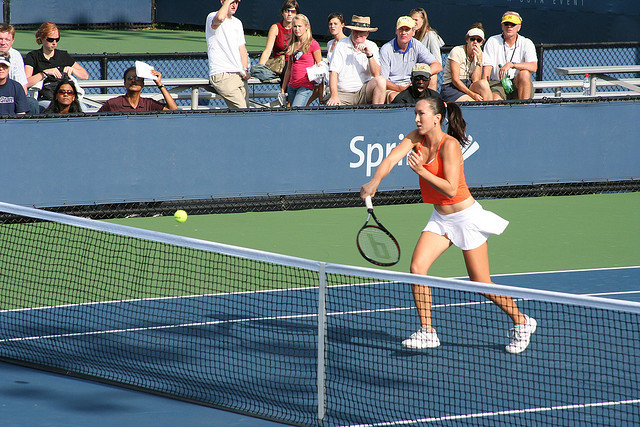 Jelena Jankovic, ranked No. 8 in the world and the 2007 Family Circle Cup Champion, has officially entered the 2011 installment of the Charleston event.

Still, Jankovic isn't the most notable player yet to sign on, she joins World No. 5 and defending champion Samantha Stosur, former World No. 1 Maria Sharapova, and American teen sensation Melanie Oudin in a stellar class player field assembling on Daniel Island.

"Jelena Jankovic’s game offers a true look at world class power and excitement for our ticket patrons. She thrilling to watch, and her big personality really creates a connection with her fans," said Eleanor Adams, Family Circle Cup Tournament Manager.

Throughout her 11-year WTA career, Jelena Jankovic has notched 12 singles titles, 415 singles victories, over $11.6 million in prize money, and finished a season as the World No. 1 player (2008).

The 25-year-old Serbian marked her fourth consecutive Top 10 year-end ranking in 2010, concluding with a No. 8 finish. The year was highlighted by her twelfth singles title (Indian Wells), a semifinal berth at Roland Garros, a fourth round appearance at Wimbledon, and qualification for her fourth consecutive Tour Championships. She also participated in Fed Cup action last year, posting a 3-1 singles record for Serbia. Her official web site is jj-jelenajankovic.com, and fans can also follow her at facebook.com/JelenaJankovicTennis.

Jankovic has made five previous appearances in Charleston where she has accumulated $241,825 in prize money, a 10-5 record, and a singles title in 2007. Her Cup earnings rank her at No. 19 among all-time Family Circle Cup money leaders.

“Charleston is such a beautiful city, and I always have so much fun there,” commented Jelena Jankovic. “My Family Circle Cup championship meant a lot to me, and I’m very excited to return for another shot at this historic title.”

Jankovic’s 2007 Family Circle Cup Championship will be commemorated with a 47’ x 40’ banner displayed on Family Circle Stadium beginning in February, and lasting throughout the 2011 tournament.