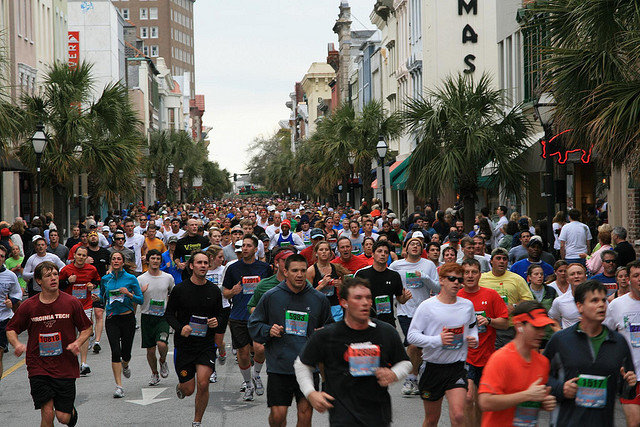 Update April 3: It's the day after the run. The tsunami of runners has ended, and the avalanche of coverage is coming.

The Post and Courier is up first with a nice photo gallery, selection of video, and results list; get them all here.

The paper also caught on to a less humorous aspect of the run: A scheduling conflict between some 35,000 runners and 2,000 in cars trying to make it down East Bay Street to the cruise terminal; read that report here.

Local photographer Joseph Nienstedt has a nice deck of photos from the Cooper River Bridge Kids Run; get them here.

Chad Johnson won the wheelchair race at 30:06, Sandy Rush was the first female of the wheelchair division at 40:41, and Lelisa Desisa of Ethiopia won the men's devision with a time of 28:59.

The Post and Courier also has a solid live video broadcast that you can watch here and Live 5 News has a nice video clip.

We'll get you more key updates as we hear them.