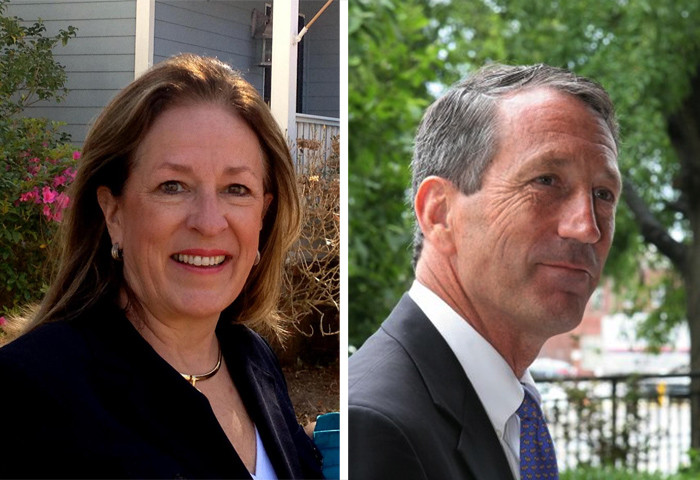 Colbert Busch and Sanford took the largest pool of votes on Tuesday.

Update: Grooms has conceded and Bostic will face Sanford in a runoff.

Tuesday's results show strong support for Sanford and Busch in their parties, but turnout highlights the challenges before Democrats.

With a field of 16 Republican candidates, Mark Sanford took a commanding 36.9% of the primary vote for South Carolina's 1st Congressional District.

The second place runoff slot will be decided between Bostic and Grooms pending the results of a state-mandated recount when the difference is less than 1%. Results of that recount are expected by Friday.

Things were far more clean cut on the Democrat side where Elizabeth Colbert Busch took 95.9% of the vote in the face of challenger Ben Frasier.

The number of votes cast by all Republicans totalled 53,657 and Democrats received just a third of that, 16,455.

The difference foreshadows the battle that Busch will have against any Republican challenger, highlighted by Sanford receiving 3,357 more votes than Busch while only capturing a third of his party's vote.

For a more in depth report on the night's numbers, I'll point you to The Post and Courier's report.