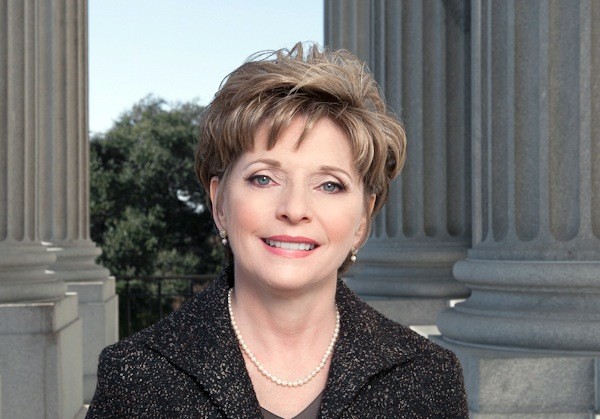 Update: Well that didn't last long. The South Carolina Election Commission has issued a statement that denies Shealy a spot on the ballot.

Most of the statement is below with the important parts in bold...

The June Primary ballots are set, ballots have been printed, voting machines have been prepared, and voters are voting. ﻿

First Report: Governor Nikki Haley pleaded with the SCGOP executive committee Wednesday evening to allow one of her supporters, Katrina Shealy﻿ back on the primary ballot.

The SCGOP agreed and will let Shealy on the ballot, even though she was one of the approximately 200 names﻿ yanked off the ballot due to improper paperwork. Questionably Haley told the SCGOP that she, "was not trying to influence their decision﻿," but did so.

Shealy just so happens to be running against State Senator Jake Knotts﻿, a man who is not a supporter of the Governor and who got himself into some hot water when he said of Haley in 2010, "We got a raghead in Washington. We don't need a raghead in the state house." ﻿FITS news seems to emply that Knott's is partly responsible for the whole pulled from ballots mess candidates now find themselves in.

Shealy said of the decision,

“All of these election ballot shenanigans have just been distractions put forward by our liberal opponent to hide from what this race is really about.  This campaign is about giving the voters a choice between a conservative, common sense, proven businesswoman and an out-of-touch politician who says he is a conservative, but votes like a liberal.”

Wednesday, the South Carolina Senate passed a bill to help clear up confusion in the matter of filing. The Sun News Reports that, "The measure would remove the Democratic and Republican parties from the filing process and sync the deadlines for incumbents and challengers to turn in financial paperwork.﻿" However, the measure is not retroactive and does not fix the woes some candidates are facing.

The bigger news that has emerged from this questionable use of power is that the political director of the South Carolina Democrats, Phil Bailey﻿ Tweeted:

Read another Tweet and more about Bailey's Tweetgate over at BuzzFeed. Additionally over at BuzzFeed you can see the video of State Senator Knotts' own inflamitory comments.

And read the full story of the SCGOP clearing Shealy to run for Knotts' seat over at The State newspaper.﻿