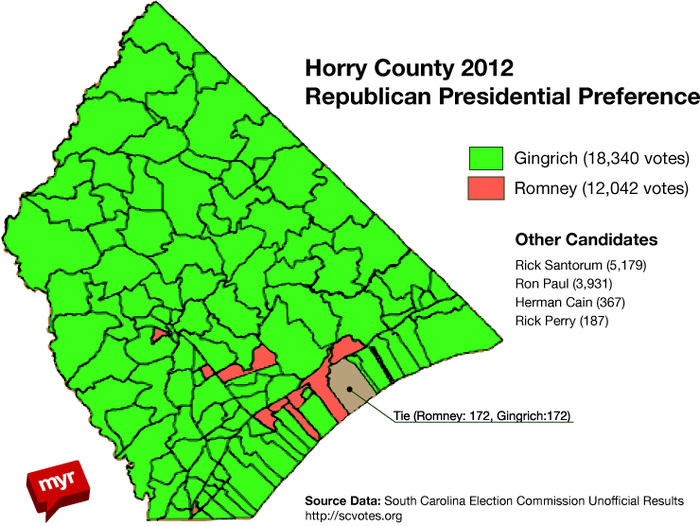 While Mitt Romney got some love from Carolina Forest and Myrtle Beach voters in Saturday's Republican primary, it didn't stop Newt Gingrich from winning Horry County and South Carolina by a landslide.

Gingrich won by the largest margins in the Upstate, Aikien, and Myrtle Beach areas. He also dominated across the board in exit polling on topics ranging from limiting abortions, religious beliefs, and the economy.

For detailed state-wide and county-level results, head over to SCVotes, and The New York Times has an excellent graphics page with detailed demographic data.

The Times also has a robust written report.

The South Carolina portion of the primary storm has now mercifully passed, and descends on Florida for a January 31, 2012 primary.