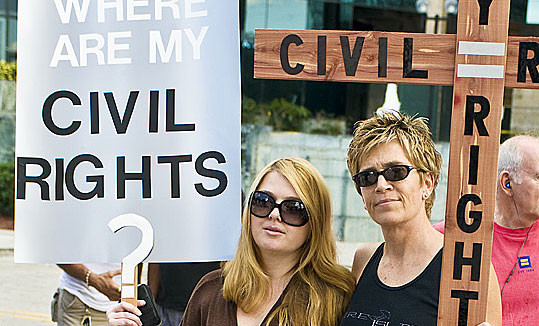 3:47 am on Monday November 16, 2009 | Posted by Ken Hawkins
Charleston may soon prohibit discrimination based on age or sexual orientation

First reporting: The idea is on the agenda for tonight, November 16th's Charleston City Council meeting.

An ordinance to amend Chapter 16 of the Code of the City of Charleston by adding ... that no person shall be discriminated against in the full and equal enjoyment of the goods, service, facilities, privileges, advantages, and accommodations of any place of public accommodation on the basis of race, color, religion, sex, age, national origin, familial status, disability, or sexual orientation.

Contrary to popular belief, theres is no federal statute for such things.

But it's not just Charleston that's moving forward on such things, another South Carolina city has adopted a similar code -- the Charleston City Paper has some nice perspective on the matter.

If you'd like to go to the meeting, here are details.