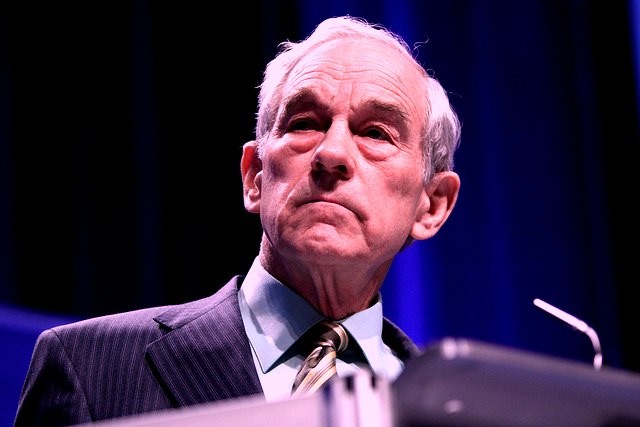 2:11 am on Friday May 6, 2011 | Posted by Ken Hawkins
Missing GOP stars, S.C. presidential election debate goes ahead, gets lampooned

Image by Flickr user Gage Skidmore Ron Paul is generally good for a headline or two.

South Carolina is a state very proud to hold an early primary and the "First in the South﻿" debate, but last night's debate didn't feel so stellar.

If you've been following, you know that a litany of Republican stars (Newt Gingrich, Mitt Romney, Sarah Palin, Mike Huckabee, many of which have yet to announce a formal bid﻿) weren't attending, which left a field of five candidates, with only ex-Minnesota Governor Tim Pawlenty seen as the serious hopeful.

And after restrictions were placed on news photography, the Associated Press announced it wouldn't cover the debate — a move that raised expectations of a political kerfuffle﻿. Salon prepped for the night with a post titled "Liveblogging the GOP's prime-time embarrassment﻿."

But for all of the hopes of Daily Show fodder, things didn't seem to go too bumpy, aside from some odd moments, like when Ron Paul got loud cheers after advocating for more freedom using heroin as an example of where less gov. regulation is needed.

As you'd expect, many reports abound, but I found the one at The State and at Reuters to be the better of the bunch. You can also watch a recording of the entire debate a Fox News.

The next debate is June 13 in New Hampshire.