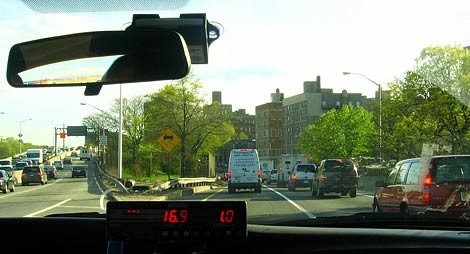 After North Charleston's new taxi regulations were largely ignored, the city is cracking down and handing out fines that can total well over $1,000 for non-compliance.

The Post and Courier has the story, and quotes North Charleston's mayor, Kieth Summery:
It is often said that insanity is doing the same thing over and over again and expecting different results. The City is ready for different results from the cab companies and assertive enforcement seems to be getting the job done. The City no longer wishes to sit idly by and expect compliance of the ordinance to occur. The City only asks cab companies operating in North Charleston to provide our citizens and visitors with the same level of service given throughout the area.

I know taxi driving isn't an affluent field, but -- if you've ever ridden in one of North Charleston's finest -- you know the cab's in North Charleston desperately need this cleanup.

The law was spawned by a host of complaints to the city from riders that said they were overcharged, or, in some cases, were accused of being used for prostitution or drug dealing.

Go read about it at The Post and Courier.