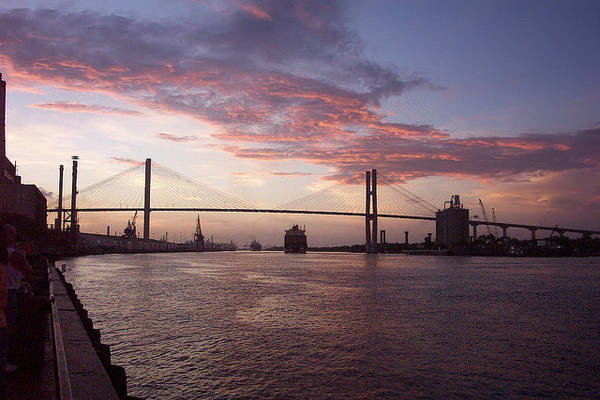 The Senate voted 39-0 and the House 111-1 to defeat Haley's attempt to keep S.C. DHEC's rules with regard to the Savannah River in effect -- the new law will also, most politically, cancel South Carolina's required OK to deepen the cargo shipping lanes for the port of Savannah.

Update February 28: With both sides faulting the other, Gov. Nikki Haley vetoed the Legislature's bill that would void all of S.C. DHEC's work with regard to the Savannah River.

Given that the bill passed with overwhelming support, it shouldn't be hard for the the Legislature to muster a 2/3rds majority to override — plus our Legislature loves to override governor vetoes.

Expect more developments on this one very soon.

Update February 2: With unanimous approval in the House and Senate, S.C. Legislators have sent the bill that would undo environmental approval of the deepening of the Savannah River to Gov. Nikki Haley.

Haley can, of course, veto, approve, or wait several days to allow the bill to take effect without her signatures -- in the past Haley has defended the S.C. DHEC, but it's unclear how she will handle a situation where her veto would almost certainly overridden.

Many reports abound, but I'll point you to the Charleston Regional Business Journal's report for more; read it here.

First reporting: Remember all the fuss over the S.C. DHEC's approval of a request to deepen the Savannah River for massive new cargo ships?

(If you don't: rhetoric was high and South Carolina turned inward, holding Senate hearings about an alleged misuse of power by Gov. Nikki Haley's administration.)

But now the rhetoric and positioning has just been taken up another notch.

Senate bill 1115 is cosponsored by every member and would, "suspend the authority of the S.C. DHEC for all decisions subsequent to 2007 pertaining to the navigability, depth, dredging, wastewater and sludge disposal, and related collateral issues of the South Carolina portion of the Savannah River."

The bill would allow South Carolina's Savannah River Maritime Commission﻿ to step in a potential﻿ overwrite all existing decisions, stalling Savannah's efforts to deepen its port — meanwhile the much delayed deepening of the Charleston Port could catch up.
﻿