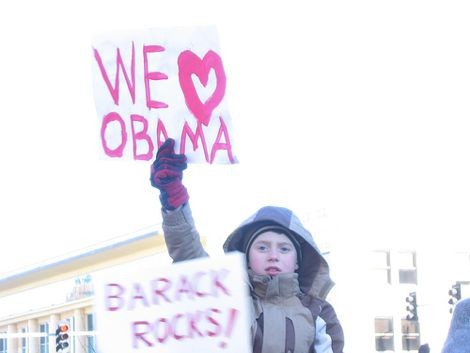 It's difficult, even though we know better, to avoid political discussions these days. It seems people everywhere are buzzing with opinions, advice and arguments. But for the most part, everyone agrees on one thing: it's all about Obama.

Last week at the barber shop: "Barack's one of the most important guys in American history."

This past Saturday at a cooking class: "I heard Obama's favorite pasta is linguine."

On the phone with my 18-year-old cousin: "I didn't get old enough soon enough. I couldn't vote."

Everybody knows Obama's ability to inspire, especially young people, some of whom had scarce political interest before this election.

Now, on the eve of his inauguration, Obama's influence extends beyond inspiration. Children and young adults are examining his policies; they are listening to their families, trying to comprehend the magnitude of this period in time. They are paying attention to politics, many for the first time.

The State recently spoke with students at Columbia's Irmo Middle School. The students discussed how Obama captured their feelings, hopes and passions.

“When I was younger, I never really knew when President Bush was elected,” said Carlisshia Austin, 13. “I didn’t really know who ran against him. But, this year, it caught my attention, and I started paying attention to the election and watching the news and reading the newspapers.

“I went to the salon and that’s all we could talk about. ... Everybody was talking about it.”

Others, including Amanda Boyce, 13, say they noticed Obama’s ideas, such as his emphasis on developing alternative energy sources.

“He started talking about how he was going to help with the renewable energy sources. I’m really into that stuff because I like the polar bears. I was very happy about it when I heard that and I started paying more attention.”

No matter where you go it seems you can't escape a political conversation.

Judging by these students' responses, that's a good thing.