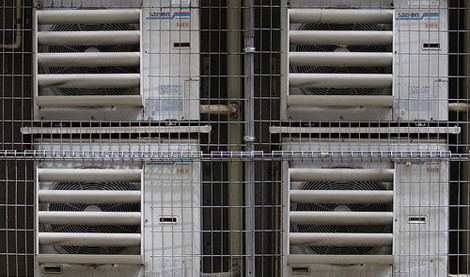 Image by flickr user mrhayataImage by air.jpg If you'd like to donate to help buy air conditioners or fans for elderly people in need, call Project Cool Breeze at 720-1987.

Project Cool Breeze, an initiative to help elderly people stay cool during the hot summer months, has kicked off in Charleston. The effort was begun in 1999 by Charleston City Councilman Wendell Gilliard and distributes hundreds of air conditioners and fans each year to those in need.

Project Cool Breeze is underway to help seniors, like Ella Brown. Brown’s daughter, granddaughter, two grandsons and her great-grandson all live in her downtown Charleston house. It does not take long for the heat to rise.

Congestive heart failure and other medical problems left Brown bound to a chair and basically to her house. The six of them live on her less than $1,000 a month from disability and her granddaughter’s job at a pizza place.

The project will be giving away its first round of air conditioners and fans next week, News 2 reports, and others who are interested in asking for help can fill out applications on June 20 from 4 to 6 p.m. at Lowe's in West Ashley.

Carolyn Brown administers the program as part of the Charleston Police Department's Weed and Seed program. She said Project Cool Breeze has about $3,000 and hopes to raise and spend about $40,000 this summer.

Lowe's Home Improvement sells air conditioners to the program at cost, she said.

To get an application form for a free air conditioner or fan, call 720-1987. Applicants must be at least 60 years old, but they do not have to live in Charleston.

You can also call that number if you're interested in donating to Project Cool Breeze.