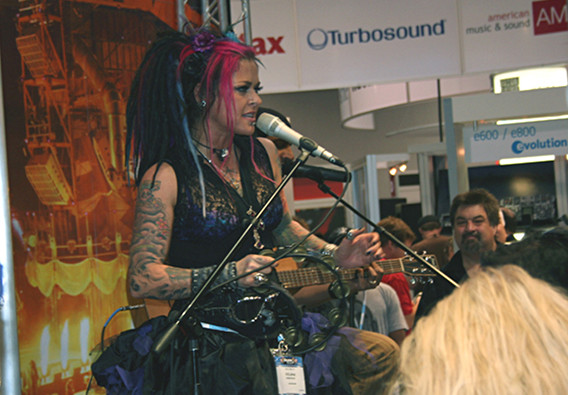 Image by Flickr user bigdrumthump.comImage by 20090930-dilana.jpg Dilana, the star of the film 'Angel Camouflaged' soon to begin shooting in Charleston.

According to a press release from the South Carolina Department of Parks, Recreation and Tourism, filming will begin soon in Charleston for a new project by an independent filmmaker Michael Givens from Beaufort.

Here's what the release had to say:

“Angel Camouflaged” will star Dilana Robichaux as a disillusioned singer who inherits a bar and re-discovers her passion for music while working to revive the run-down tavern business.

Robichaux is a South Africa native who established her singing and music video career in the Netherlands before moving to the United States, where she has appeared in CBS’ “Rock Star: Supernova” reality show.

Director/producer Michael Givens of Beaufort said shooting will begin in October and that the project office will open soon. Givens has been director of photography for the feature film “The Celestine Prophecy” and executive producer for a movie of the week on the Lifetime Channel.

“This project is a great example of how our film incentives can help South Carolina-based film producers get their projects off the ground while keeping the production and talent base here in South Carolina,” said S.C. Film Commissioner Jeff Monks.