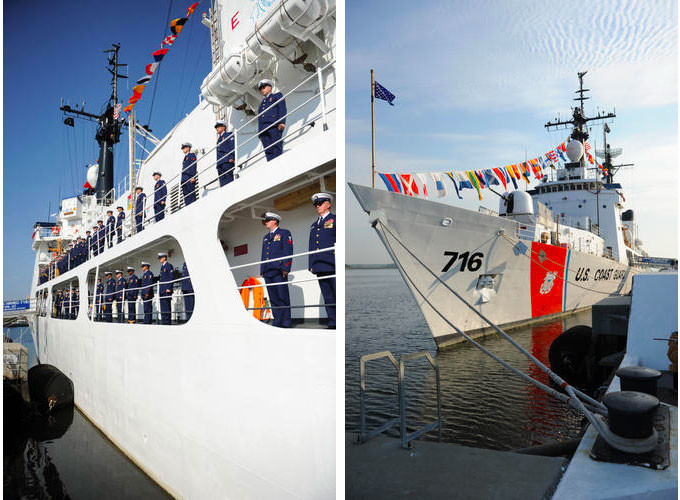 1:53 am on Friday May 18, 2012
Decommissioned Coast Guard Cutter Dallas being transfered to Philippine navy

After 45 years of service the Coast Guard decommissioned the Charleston-based Cutter Dallas﻿ on Friday, March 30, and now in another Charleston ceremony the ship will be transferred to the Philippine navy.

The 378-foot "High Endurance Cutter" will be transferred at 1 p.m. on Tuesday, May 22, at the Federal Law Enforcement Training Center Pier Papa in North Charleston.

The ceremony will be presided over by Rear Adm. John Korn, assistant commandant for Acquisition.

"Since 1967, Coast Guard Cutter Dallas has served the American people well, from Vietnam and the Pacific to its final Coast Guard patrol in the Mediterranean, where the crew interdicted 4,000 pounds of cocaine and 940 pounds of marijuana," said Korn. "As Dallas returns to the Southeast Asian waters that it plied at the beginning of its Coast Guard career, I know it will serve the Philippines as faithfully and capably as it served America."

During the final patrol, the crew of the Dallas interdicted approximately 4,000 pounds of cocaine and 940 pounds of marijuana during two separate cases while patrolling the Caribbean Sea.

Here's a bit of history on the cutter from the Coast Guard:﻿

Originally commissioned in 1967 at Avondale Shipyard in New Orleans, DALLAS is the sixth cutter to bear the name of Alexander J. Dallas, the Secretary of the Treasury under President James Madison (1814-1816). DALLAS was first home-ported at the former Coast Guard base on Governor’s Island, New York. She was relocated to her current homeport of Charleston, South Carolina on September 14, 1996.

During seven combat patrols off the coast of Vietnam, DALLAS compiled an impressive list of accomplishments, including 161 Naval gunfire support missions involving 7,665 rounds of 5-inch ammunition. This resulted in 58 sampans destroyed and 29 supply routes, bases, camps, or rest areas damaged or destroyed. Her 5-inch gun made her very valuable in support of the naval gunfire missions in the area.

You can keep reading about the ship's history over here.

While editing the Wikipedia page titled Ramon A. Alcaraz I came across a typo on your web page with url = http://charleston.thedigitel.com/features/decommissioned-coast-guard-cutter-dallas-being-tra-39329-0518 where the heading has the word "transfered" which I believe should be "transferred" (double "r")