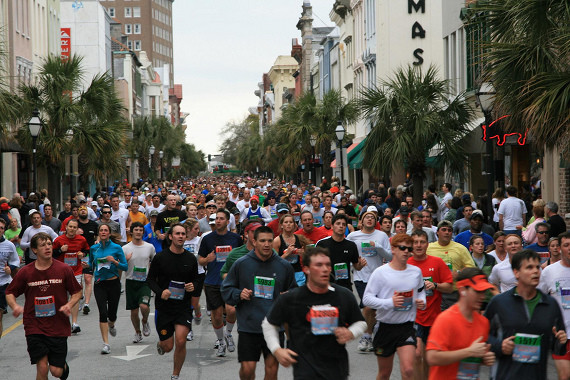 8:00 am on Thursday June 9, 2011 | Posted by Amanda Click
Cast your vote to make Charleston the 'Best Outside Town in America'

Charleston has been selected by Outside Magazine as one of ten finalists in its search to determine the Best Outside Town in America.

The decision is usually made in-house, but this year, the magazine is turning the voting process over to the people. The three-week competition is being held exclusively on Facebook, and the town that receives the most votes will be featured on the October 2011 magazine cover, on outsideonline.com, and on Outside Television.

As part of the contest, the public can vote as well as submit photos, video, and comments backing up their selection--content that will have a chance to appear in Outside Magazine and on Outside Television. All voters will have a chance to win a five-day adventure to one of the top ten towns. The winning town will be determined through a combination of total votes, overall support as a result of content submitted, and creativity.

News 2 Charleston has a massive post highlighting the many reasons why Charleston should win the title; go take a read of the Lowcountry love fest.