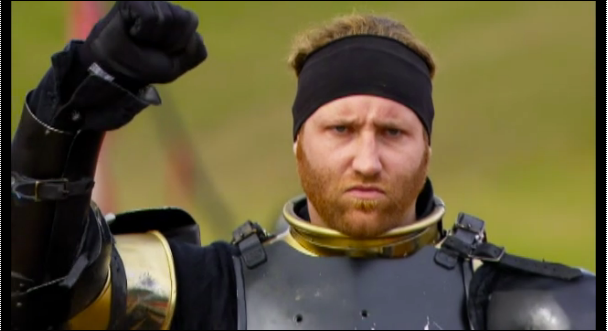 If you want to learn more about Josh, his motivation to stick it out in the competition to the very end, and what he plans to do with his prize money, check out this interview by the Horry Independent.

Update May 1, 2012: Since two local boys made good on History Channel's Full Metal Jousting it's time for a party in their  honor.

On Friday, May 4th Zulu Lounge will be hosting a party for Jousting winner Josh Knowles and runner-up Josh Avery.

The party starts at 9:00 p.m. and for all the details hop on over to their Facebook event. Read all about Knowles' victory below the map.

Update April 16, 2012: Over the weekend, the final episode for season 1 of Full Metal Jousting and we can proudly say a Myrtle Beach local is the first champion of the series and $100,000 richer.

Interestingly, Knowles had to face off against his friend and Myrtle Beach resident, Josh Avery, in the episode just before the season finale. See our first report below for the backstory. As for the finale, WPDE has a more detailed report and interview here.  The video package is below. Congratulations, Sir Knowles!

Both Josh Avery and Josh Knowles began their careers as jousters at Myrtle Beach's Medieval Times Dinner Show.  The skills they refined during their time there (Knowles is still performing) have led them to an arena where they, along with 14 others, will go head-to-head in an elimination-style competition for ten weeks.  The last jouster who remains standing will be awarded $100,000.

You can check out an interview with both contestants from the Sun News here.  You can also a sneak peek of the show, and Josh Avery's and Josh Knowles' bio videos below.