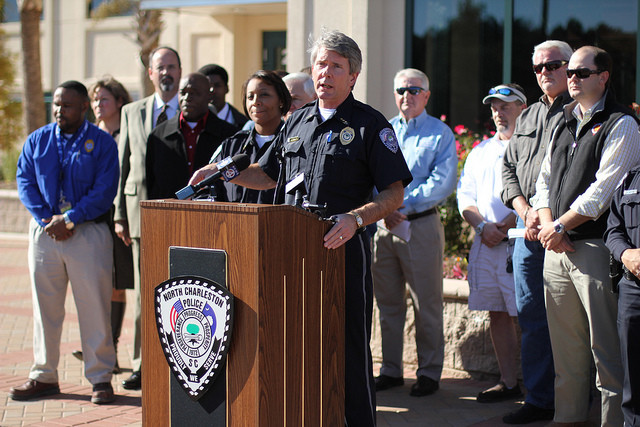 4:11 am on Saturday September 24, 2011 | Posted by Ken Hawkins
Violent crime continues to fall across the Charleston area, nation in 2010

According to the FBI's Crime Across the U.S. report, both the Lowcountry and the nation saw a drop in violent crimes and property crimes in 2010.

That makes for four years in a row the rate has fallen.

In Charleston, violent crime fell by 28% to 429 and in North Charleston it fell by 14% to 851. Meanwhile, Summerville and Mount Pleasant each increased by 13% to 157 and 155, respectively but both cities are rapidly expanding, obscuring the true trend.

In South Carolina, the rate fell by 10% overall.﻿

While the downward tren across the nation clearly has at least some local implications, what do local leaders attribute the generally greater local change to? Better community involvement.

There's a wealth of data that can be analyzed online (see that here.)