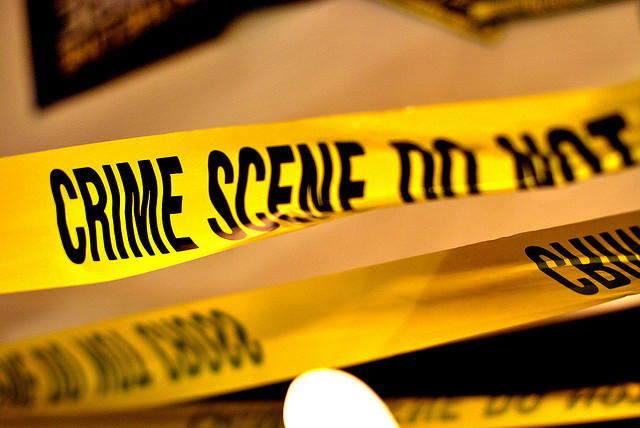 Update July 10: The story has continued, head to our Rodricus topic page.

Update July 9: Another Post and Courier update this time with more details about the discovery of Rodricus, the case, and the cause and timeline of Rodricus' death; read it here.

Update July 8, afternoon: The Post and Courier has filed an update that continues the story about who, what and why; read it here.

Update July 8, early afternoon: The body has been confirmed and both the father and girlfriend have been charged with the homicide of the child. Head over to NBC News 2 for the details on this latest development.

Update July 8: Police have arrested the girlfriend of the father, Rodricus. She is also the person who made the 911 call that the child fell into the water off the Battery. NBC News 2 has the story about the development; read it here.

Update July 8: There's some slim hope that the concrete may actually not contain the boy's remains. They are certain it contains a body, but not if it is Rodricus Fred Williams. It looks like officials will know for sure today as forensics are done at MUSC.

The Post and Courier has a nice rundown of what's been happening and the relative confusion in the investigation; read it here.

Also, NBC News 2 has a timeline of the events. While Live 5 News has some information on the father, Roger Anthony Williams', arrest history.

Update July 7, 4:40 p.m.: Authorities have found the body of 2-year-old Rodricus Fred Williams in a cement-filled trash dumpster near a gas satiation near I-26's Exit 165 in rural Orangeburg County.

Once again, The Post and Courier has the tragic update.

Update July 7, mid-morning: The search has been called off and the father arrested. A quote from Charleston Police Chief Greg Mullen is resonating: "It was all made up."

Multiple reports abound, but I'll point you to this one at The Post and Courier.

First reporting: By air, land, and water city, county, state, and federal rescuers have been searching since the first report of a missing two-year-old child came in at the Charleston Battery at 7:35 p.m. on Tuesday, July 6th.

Initially reports focused on Rodricus Fred Williams falling over the Battery's railing into the water, but searching on land was not overlooked as there was no confirmation the child fell in.

To that point this writeup at The Post and Courier and this video at ABC News 4 will bring you up to speed.

NBC News 2 seems to have a much newer report that adds in newer variables, which includes a recent custody filling over the child in Berkeley County, which obviously shifts and widens the investigation; check out their report here.

You can expect many more updates as this story continues and grows.

To keep you up-to-the-second, here's a handy Twitter search.