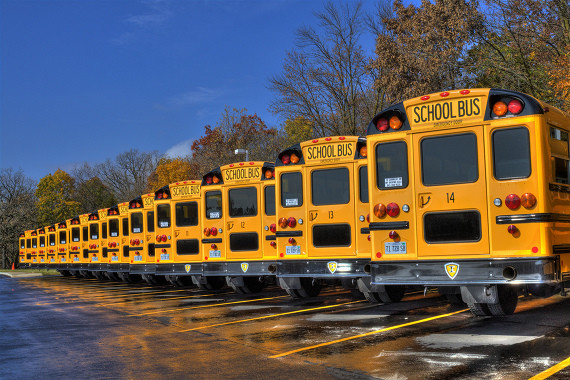 Update, February 1: With the threat of bus strike continuing to loom, The Post and Courier has assembled a resource page for parents looking to stay current with the latest information, or find alternative ways to get kids to school if a strike does hit; see the page here.

No now information has been released from either side and school officials say that school busses should be driving their regular routes. However, the drivers have authorized their union leaders to call a strike.

First reporting: In an effort to gain bargaining power to receive better employment contracts, Charleston and Dorchester 2 bus drivers’ unions have authorized their leadership to call a strike.

The call to strike has yet to be made, but Charleston County Schools Superintendent Nancy McGinley has called the potential "highly possible." In response, local parents have been working to find alternative forms of transportation in order to get their children to school.

According to The Post and Courier, negotiations for a roughly 44 percent pay and benefit increase have been on the table since the summer.

For more on the looming bus driver strike, we'll point you in the direction of the article in The Post and Courier. We'll also connect you with Charleston County School District's official "Bus Information" page.